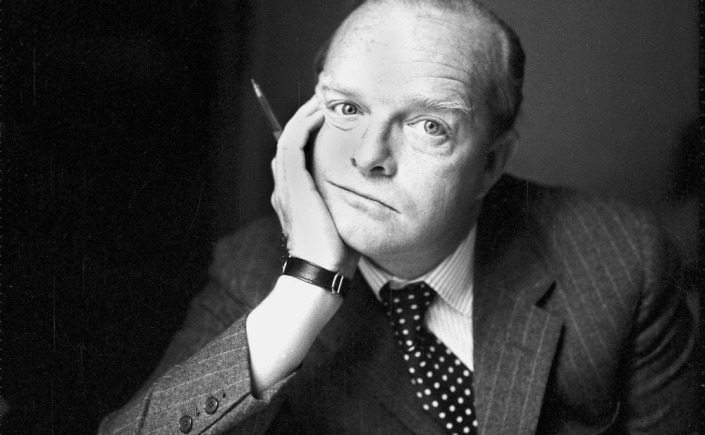 At the moment, I’m reading the novel Foucault’s Pendulum by Umberto Eco. (I’m aware that this is the second post in a row about what I’m reading: I do like to read, and I feel there’s a future post about a link between English teaching and reading) Yesterday, I was struck by the following passage (context: the book was published in 1988, and the narrator is writing about his first experience using a word processor, referred to as he/him):

O joy, O new vertigo of difference, O my platonic reader-writer racked by a most platonic insomnia, O wake of finnegan, O animal charming and benign. He doesn’t help you think but helps you because you have to think for him. A totally spiritual machine. If you write with a goose quill you scratch the sweaty pages and keep stopping to dip for ink. Your thoughts go too fast for your aching wrist. If you type, the letters cluster together, and again you must go at the poky pace of the mechanism, not the speed of your synapses. But with him (it? her?) your fingers dream, your mind brushes the keyboard, you are borne on golden pinions, at last you confront the light of critical reason with the happiness of a first encounter.

It’s interesting to see such a rhapsodic response to a word processor, when a lot of you reading this have probably been typing on a keyboard for at least most of your lives, and are completely used to it. I was intrigued though, because I’d never really given much thought to the experiential differences between the different modes of writing. First, a little history of my writing life: all through school I handwrote, though in my last year or two of secondary school I did a few rudimentary computer lessons. When I started college in 2000, I was still handwriting essays, and getting my sister to type them up, because she actually could type. I think by the end of my first year though I’d completed my gradual evolution from having her type them entirely, to me doing little bits, to finally typing them all myself, albeit one finger at a time. Now, after plenty of time in college, and typing at work, I’m quite used to using a computer to write. I even use both hands and most of my fingers (heaven knows if I couldn’t type quickly I’d go crazy spending my whole evening writing these overlong articles).

Still, I’m glad that I spent so much time handwriting, as it helped give me some perspective on the nature of typing. And handwriting. It’s telling that the narrator refers to using a goose quill, because it’s part of the romantic image we have of writing. Picture the struggling writer, dipping his quill into his inkpot by candlelight, nib poised by his lips as he searches for the mot juste, before satisfyingly scratching his words onto the parchment. It’s a nice image, but it does ignore the downside to handwriting. It’s ok for a short poem or a letter, but could you imagine writing a whole novel by hand? Even this article, which I think will end up being about 1,500 words, would be a chore by hand, and, as Eco’s narrator points out, I’d have quite an aching wrist.

And it really is slow. I still remember the frustration of answering questions in college exams, as my mind raced ahead planning what I wanted to write, while my left hand lumbered along slowly putting pen to paper, sometimes seeming to be a full sentence behind. Occasionally I’d have a flash of inspiration about what to write, but by the time I got to that point, I’d forgotten it. At least then I was mainly concerned with expressing the right ideas to answer the question, and not about the quality of my writing. But what must it be like for the creative writer? Even for me, though this is obviously non-fiction, I try to write well, and in my case (and many others who write), this entails writing fluidly, with the words appearing on the page generally coinciding with their appearance in my head. If my hand were so far behind my ideas, I can’t imagine I’d write as easily as I do now, and I don’t think the results would read as smoothly as they do.

At this stage, it’s worth pointing out that the reference to typing in the quoted passage of course relates to using a typewriter. Which is something I’m happily too young to ever have used, even if I’m old enough to have had computer lessons in school (I think they just call those lessons now). Anyway, I can easily imagine how frustrating using a typewriter must be: pressing one key at a time and not being able to correct errors. At least handwriting has a nice flowing movement to it, even if it is slow. I think Truman Capote’s critique of Jack Kerouac’s On the Road is relevant here:

That isn’t writing at all — it’s typing.

Ouch. It’s clear what he means here, but it’s telling that he uses typing as a contrast to writing. Mechanically clacking on the big keys of a typewriter doubtless had a very industrial, cold feel to it, especially if, as Capote saw it, a writer didn’t bring any artistry to the venture.

On to typing of the more modern kind then. I was surprised at first at how much the narrator in the book loved his word processor. Going back to the romantic image of the struggling writer, the modern keyboard feels like a crass, soulless technological contrast to the pure soul of the older form. The tactile closeness is gone: there’s no pen, no paper, no ink. There are hands, some plastic, and then the results appear as intangible data on the screen. It’s not as industrial as a typewriter, but it still should feel cold and clinical, shouldn’t it? Not that I’d ever really thought this, because I’d actually never really thought about the process of typing at all. But now that I have, I really see what the writer means. It’s definitely more direct than handwriting, and gets your ideas from your head to the page at a much quicker pace than a pen can, especially if you’re experienced at typing. I like the idea that your fingers are directly touching the keys which represent the alphabet, and they appear instantly on the screen. And if you think about it, as romantic as a goose quill might be, it’s quite a mediated experience. You don’t touch the paper, except maybe to hold it down, and you’re just moving one hand, quite a few centimetres from the page.

I was also interested by what the narrator says about the word processor helping you because you have to think for him. I’m not 100% sure what Eco was going for here, but I think it relates to the fact that by typing on a keyboard, you have to type each individual letter. With handwriting, perhaps you write too automatically, the pen moving seamlessly from one letter to another without pause. And though I previously mentioned how I like to write smoothly, maybe with handwriting it’s too unconscious, and it’s easy not to think about what you’re writing, and lead yourself astray. With a keyboard, you choose your letters and consciously construct your words and think about what you really want to write, but with the advantage of the speed and fluidity of typing. In that sense, it’s the most effective way of writing what you really want to write efficiently. That’s what I think anyway.

And of course now you can write on your phone. And though I don’t mean to be a Luddite, I’ve never truly got the hang of it. Firstly, I think my fingers are too big and clumsy, because I find it very hard to actually touch the keys I want, and even with Autocorrect to help me, it’s still a frustrating experience. And it’s slow, going one finger at a time. It takes me back to the bad old days of my first year in college. Tap… Tap…. Tap. I think I’ve written one article, a relatively short one, entirely with my phone, and I didn’t enjoy it at all. I don’t think I could stand to do it again. If you’re more used to writing on your phone though, and do write posts on it (it feels strange to me that I do everything related to my blog – reading, commenting, liking, following – except writing, on my phone), I’d be curious to hear how you find writing on your phone.

Finally, I’d like to say that I’m not entirely against handwriting. I always handwrote notes in college, because I felt the information stuck in my mind better. At work I still write notes in my diary. I think it’s similar to how using language, or figuring it out yourself, helps you remember it, because it creates an association to strengthen your memory. And there is some research to back that up. That’s probably related to why I also prefer to read from physical paper, rather than a screen, when it’s reasonably possible.

But while the goose quill might still have some use in that regard, when it comes to my writing in general, it’s typing all the way. It’s quick, and fluid, and just feels natural. How about you? How do you feel about the different ways to write?