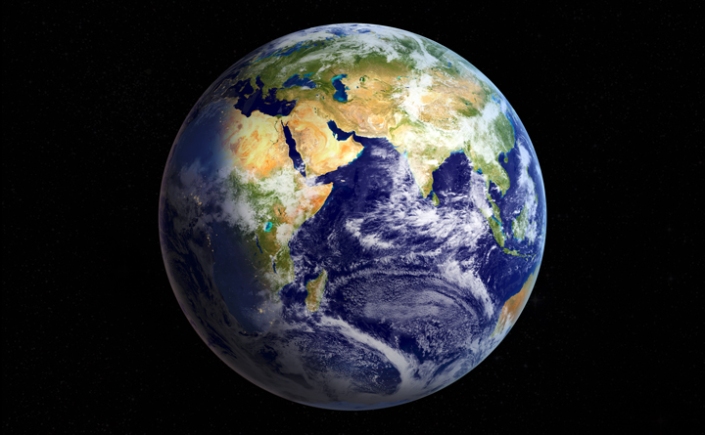 You might be aware that we could all be killed soon. Or else the planet will be rendered uninhabitable for a few survivors. I don’t think it’s very likely, but at least if we are all killed there’ll be no future generations left to wonder how we could let two immature, insecure babies destroy us all because of their thin skins and senses of inadequacy.

It probably won’t happen, and even if it does does, the planet will probably survive. Still, the news has got me thinking about how much I’ll miss the planet, and wondering where it got the name Earth.

An obvious place to start is with the fact that we also use earth to refer to soil. And this is indeed the older meaning of the word, coming from the Proto-Germanic ertho. The word only began to be applied to the planet in the early 15th century. The Ancient Greeks and Romans were quite aware of the fact that the planet was a globe, but I think people didn’t start giving the planet its own name until the Middle Ages because advances in astronomy made people increasingly aware that we were on just one planet among many.

The other interesting thing about our planet’s name is how different it is from those of the other planets in the solar system. The rest are all named after gods or titans from the Classical pantheon, using their Roman names. Earth is the only planet with a mundane German is name.

This doesn’t surprise me though. I’ve mentioned before how we consider Latin to be special. And considering how we fascinated we remain to this day by the heavenly bodies beyond our atmosphere, it’s no surprise that we use Latin names to refer to them. Earth though, is home. We don’t usually think of it as a mystical sphere traversing the night sky: it’s the solid, tangible earth under our feet, it’s all we know and can be sure of, so we use a particularly solid, simple Germanic word to refer to it. Sure it’s beautiful, and its mere existence seems to defy the odds. But on a day-to-day basis, it’s the ground beneath our feet that gives us food to sustain us. Earth. So that’s what we call it. In most other languages the name for our planet also means soil or land, so we all see it the same way.

At times like this though, when we might contemplate how long we have left here, perhaps such names seem too mundane. I know realistically the two idiots in Washington and Pyongyang probably won’t kill us all. And even if they do, the planet will probably still survive. Still, it’s hard not to think about what a beautiful, precious thing Earth is, when we give control of nuclear weapons to profoundly stupid and cruel people.

I was going to write about all the things about the world it’d be a shame to never experience again. But I think it all boils down to one thing: life. That’s the most amazing thing about this planet. It doesn’t have to have life. Earth would be perfectly fine floating through the cosmos as a barren rock, without us and all the other forms of life that exist together. It doesn’t need us, but here we are. By an amazing stroke of luck Earth found itself in the right spot to create the conditions for life to develop, and then somehow those first amino acids combined. It’s truly remarkable that we and our neighbours on Earth are here at all, so it’d be the height of absurdity if Trump and Kim Jong-un wiped a lot of us out. I don’t think they will, but just they fact that they could is enough to give us pause, and appreciate what we have in this little blue pearl among the stars. Earth.

26 thoughts on “Why We Call the Planet Earth, and  What I’ll Miss about It”