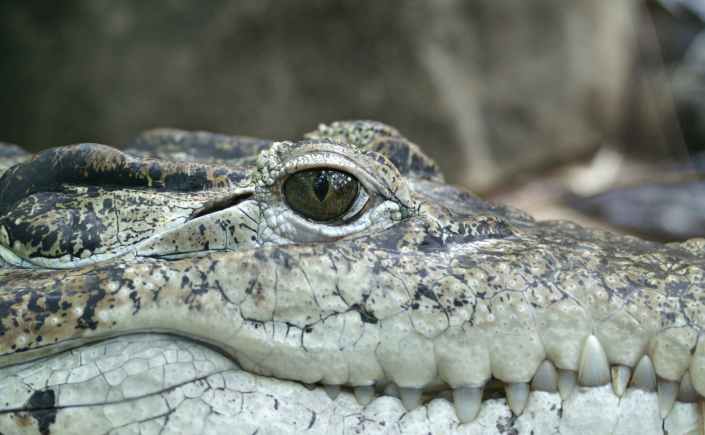 I always begin these posts by saying I came across this expression recently.

I didn’t though. Instead, while reading something, I came across something like He cried like a crocodile. And the fact that it wasn’t the specific expression crocodile tears is what caught my eye, and actually made me think about that expression, and where it might come from.

As usual, I exercised my brain by trying to figure it out myself. I surmised that it was based on some actual aspect of crocodile biology or behaviour. Like, crocodiles actually cry on occasions, or appear to.

And yes, that’s the case. Crocodiles, adorably, have tear ducts, and weep to lubricate their eyes (and there’s some evidence that weeping might be triggered by feeding). There was an ancient belief that crocodiles wept while eating their prey. And this was presumed to be ironic, because if you really cared, you’d be a vegetarian, wouldn’t you?

I’d love to know when I first realised what the expression meant. I was definitely aware of it before I knew what it meant (its meaning’s not exactly obvious, is it?) I vaguely remember being aware I didn’t know what it meant as a child, but also knowing that that didn’t really matter. I mean, I rarely found myself without an appropriate way of saying what I wanted to say. So obviously crocodile tears couldn’t be that important.

At some point I’m sure I saw it used in some context where its meaning was really obvious, and from then on I got it. But do you know what? I don’t think I’ve ever used it. Certainly not in speech. But that’s now my mission: to use it in conversation before the end of the week. I’ll let you know how I get on!