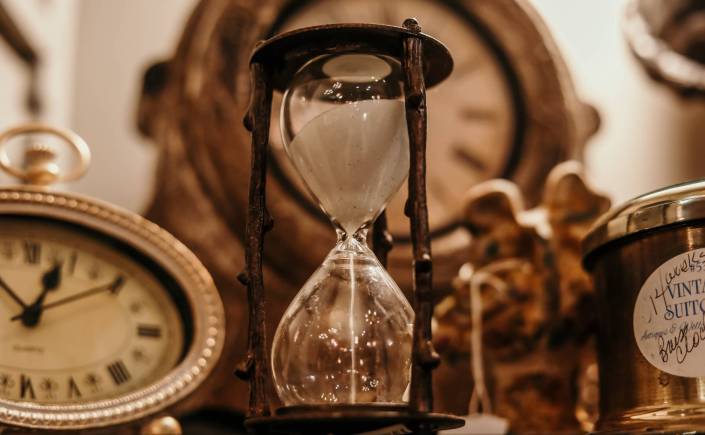 Don’t worry/be greatly disappointed (delete as appropriate): I’m not going to write about Tik Tok. I saw the name of the app recently, and thought about how I haven’t written about the origin of its name, as I have other social media.

But then, there’s not really much to write about, is there? It did set me thinking about tick tock specifically, as well as the curious fact that clocks don’t go tick tock. They go tick tick (and so on).

So why do we say tick tock?

First of all, let’s not forget that I’ve already written about why we tick tock, and not tock tick (if you haven’t read that post, I recommend giving it a look before continuing). The fact that, as I wrote about before, tock tick follows the pattern of ablaut reduplication gives it a sound that’s pleasing to our ears, an advantage that the more mundane and repetitive tick tick lacks.

I also think there’s something frustrating about tick tick, because unconsciously we’re waiting for at least one more tick. I feel that if we hear a word uttered twice in a row, our brain expects it to continue being repeated, and then stop after just the second utterance, it’s frustrated by the abruptness. Saying a word three times seems to at least scratch the itch a little (try it yourself by saying both tick tick and tick tick tick, as I’ve been doing for the last few minutes: tick tick tick should sound more natural (for native English speakers at least, I can’t guarantee it works for everyone).

I also think tick tock has a nicer rhythm than tick tick. Tick tock has a nice flow from the emphasised first syllable to the unstressed syllable. Even if we repeat tick tock over and over (and how better to imitate a functioning clock?, it still has that up-down-up-down rhythm. Tick tick though, doesn’t have the same flow, as we have to pronounce the two tick‘s identically, and repeating tick more than once only exaggerates that lack of rhythm. (Try repeating tick incessantly to somebody and see how they react.)

Most interestingly, though, this isn’t just a feature of English, and a cursory search shows that most languages represent the sound of a clock with either tick tock, or something very similar, like tik tak. (Enjoy the Wikipedia page on cross-linguistic onomatopoeias for similar examples.) Perhaps there’s something almost universal in how we tend to prefer rhythm to repetition, related to how we find pleasure in music, and particularly how certain combinations of sounds are generally more pleasing than others.