Before finding out what they are, please have a guess at what you think the ten most common words in the English language are (note that by word I mean the main word form, which includes other forms of that word. For example, only dog would appear in the list, not dogs; or have might appear but not has, had or having). So you can’t see the list by mistake, here’s a picture of some puppies. Scroll past them (if you can) for the list. 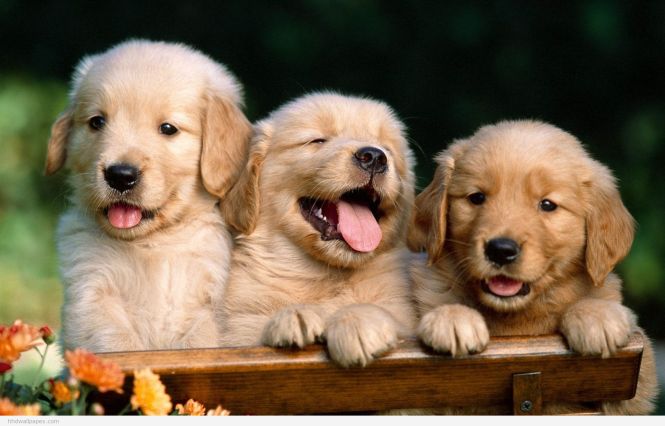 Ok, here they are:

How many did you guess right? I’ll wager that the list is fairly different from what you came up with. It tends to surprise people, largely because most of us  think of nouns, verbs, and adjectives when we think of common words. And this makes sense, because these are what we call content words. These are the words which give our utterances meaning. In contrast to them we have grammatical words, such as auxiliary verbs, pronouns, prepositions and conjunctions. These words are structural in nature, helping to join words and clauses together. Content words give us the essential information of the sentence, and grammatical words fine tune the sentence to get our exact meaning across.

Let’s look at that in action for a moment.

I went to the cinema last night.

I went at a cinema last night.

Obviously the first sentence is the only one that’s strictly correct, but as we progressively degrammar the sentence, we still understand it as we know who, what, when, and where, thanks to I, go (even in the wrong tense), cinema, and last night.

Of course this doesn’t mean that we don’t need to worry about grammatical words. Native speakers usually use them automatically, which is why most people don’t think of them when they’re guessing the ten most common words. But for learners, especially at lower levels, I always like to remind them that errors with grammatical words aren’t as important as errors with content words, as they can still get their message across. Grammatical words are like glue which join the important parts of sentences together, which is why they’re so commonly used. They perform specific functions, and there are only so many of them, which is why they get used so much more often than content words, of which we have so many incredibly specific examples that we don’t repeat them too often.

Of course there are verbs on the list, be and have. Be isn’t so surprising because it’s the most fundamental verb in the language, referring to existence itself. And have is used to refer to possession of course, but also in many common expressions (have lunch, a party, a shower etc.), and is used as an auxiliary verb. If you say I‘ve never been to Guatemala, that counts as a use of have. Other words on the list are on there because they’re multifunctional. Both in and that can be used as different parts of speech apart from the one listed after the word above. In can also be a noun, adverb, and an adjective, for example.

And while you might think that I featuring shows that we’re selfish, take heart in the knowledge that he comes in at 16, and you at 18. Though she is only at 30, so maybe that shows we have some way to go in terms of gender equality.

Also of interest: even though e is the most commonly-used letter, it only appears in three of the main forms of the ten words.

By the way, please feel free to use other people’s guesses as a Rorschach test. If they suggest any of the following words: blood, crucible, fire, Trump, hollow, reckoning; get out of there!