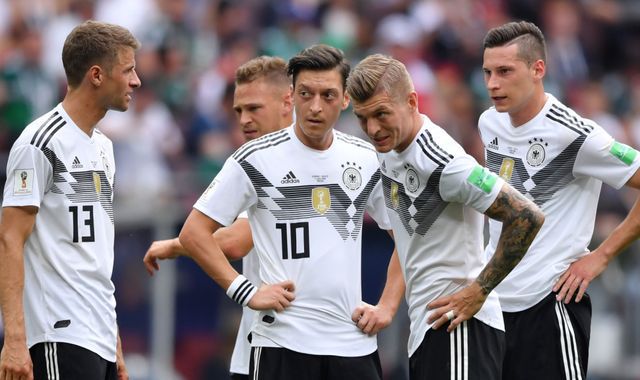 More football. Don’t worry, I’m not going to write something about football every day for the next month. I’m really not that interested in it. But I was struck today by the use of an adjective that’s often used in sport: END_OF_DOCUMENT_TOKEN_TO_BE_REPLACED 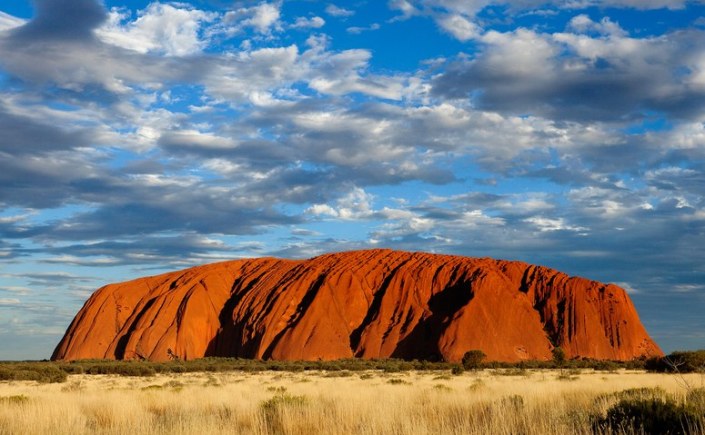 I thought about this word recently, when writing about the story often shared about the origins of the word kangaroo. Obviously the word is now most associated with the native people of Australia. This hasn’t always been the case though.

END_OF_DOCUMENT_TOKEN_TO_BE_REPLACED 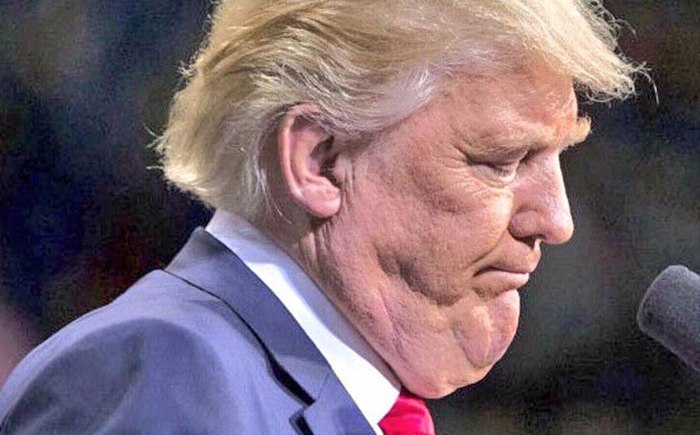 Yeah, I mean, I don’t want to get too political. Every Tom, Dick, and Harry’s got their hot take on Donald Trump, so I want to keep things focussed on language: grammar, etymology, stuff like that. Hang on, let me just have a quick look at Twitter before I write… He’s said what!?…

On Friday, Donald Trump, somehow President of the United States, weighed in on the controversial issue of professional American-football players protesting against racial injustice and police inequality towards African Americans. He naturally employed all the gravitas and diplomacy one would expect of his office, and said the following:

END_OF_DOCUMENT_TOKEN_TO_BE_REPLACED 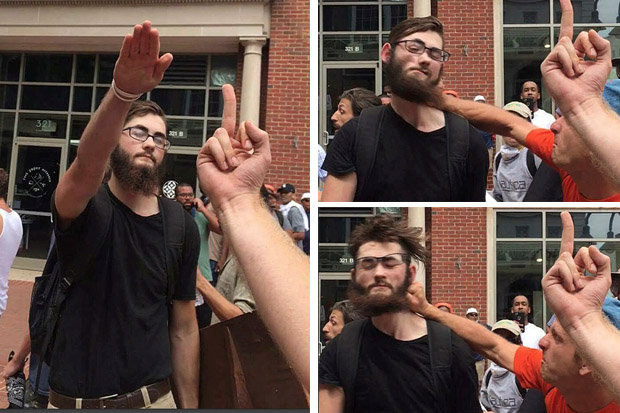 Following the violence (from armed Nazis, and the one side they represent) in Charlottesville, some people have suggested that the perpetrators only acted like brutal, thuggish Nazis, because people had been calling them brutal, thuggish Nazis for so long. Of course they’re going to act like Nazis if you keep calling them Nazis! Obviously it’s an attempt to take the blame away from the actual Nazis committing the violence. It’s an attempt to say, Look, these are just troubled young men not happy with the way they’re country’s going. But they’ve been demonized by SJWs, and that’s made them lash out in frustration! What do you expect when you call someone a Nazi!

There a couple of assumptions being made here. The first is that if you label someone with a negative name often enough, they’ll become what you call them. And that seems logical enough. Imagine how angry it would make you to unfairly labelled as something as terrible as a Nazi!? Except, that only really works when the label is applied unfairly, doesn’t it? So let’s take a moment to have a look at some of the people being called Nazis:

END_OF_DOCUMENT_TOKEN_TO_BE_REPLACED 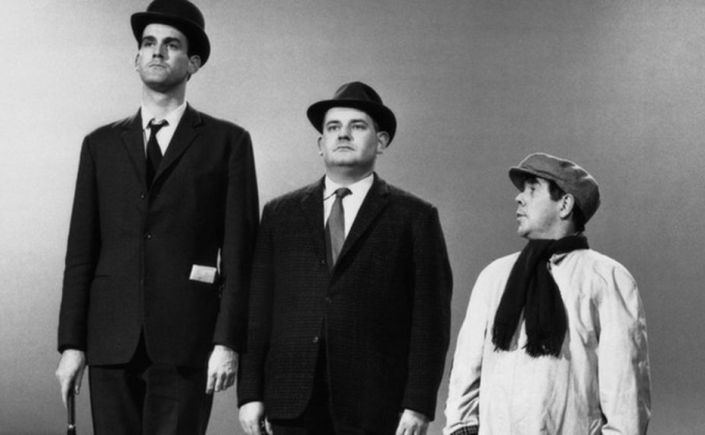 I’ve still been thinking about common mispronunciations since Saturday. While doing a little casual googling to confirm what I suspected about which mispronunciations annoyed people, I came across a post which featured some of the more common language errors that bedevil Americans in particular. They were all there: supposably, libary, literally, irregardless, aks et al. And I can understand why they might be annoying. If you say one thing, and someone else says another, that’s annoying. Even more so if the dictionary agrees with you. Getting annoyed is ok, but are such errors really a sign of the death of the English language?

END_OF_DOCUMENT_TOKEN_TO_BE_REPLACED 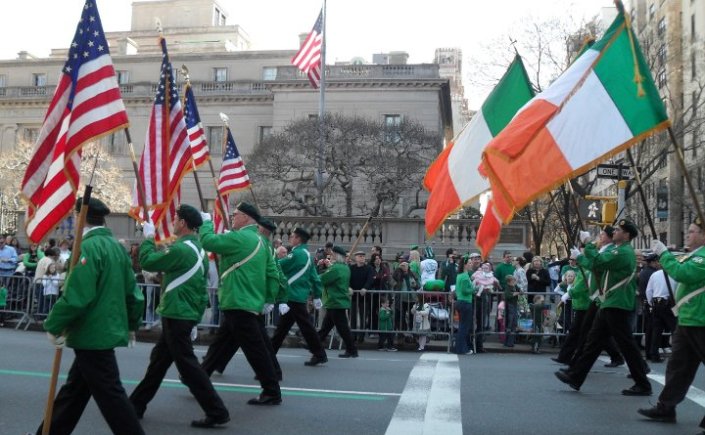 But the Irish are racist, aren’t they? (internet commenter, 2016)

Recently, I came across the first sentence above, somewhere deep in the comments section of an article I’ve long since forgotten about. I was surprised, as I didn’t consider myself to be racist, nor did the majority of my compatriots seem to be. Reading on, things were cleared up a little.

I came to realise that the person was referring to a belief that Irish-Americans are racist. Which let me off the hook, but then I remembered that the article was about an Irish actor, as in, from Ireland, so the person was not only indulging in wild generalisations, but also conflating being Irish-American with being Irish. There was a whole heap of confusion going on. END_OF_DOCUMENT_TOKEN_TO_BE_REPLACED 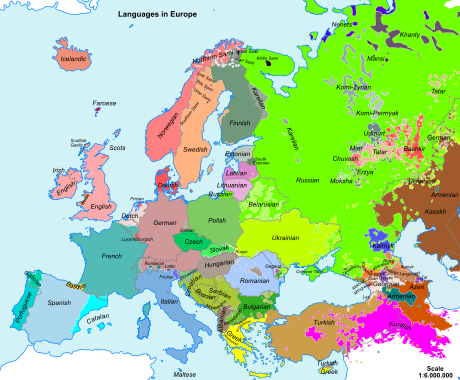 Here are the Google-Image search results for the word ethnic.

It’s probably not too surprising: lots of ethnic designs of the style you’d expect. But my question is: what exactly is an ethnic design?

The word ethnic means related to a specific population subgroup with a common cultural tradition. Referring to something as ethnic in and of itself is therefore effectively meaningless. Everybody and everything is basically ethnic, as we can all be identified as belonging to some particular ethnic group. When we talk about ethnic design, the same principle should therefore apply: any design is by definition ethnic. Of course it can be more specific than that. You could argue that ethnic design could refer to a design that is unique to a specific culture, and considered traditional within that culture. END_OF_DOCUMENT_TOKEN_TO_BE_REPLACED