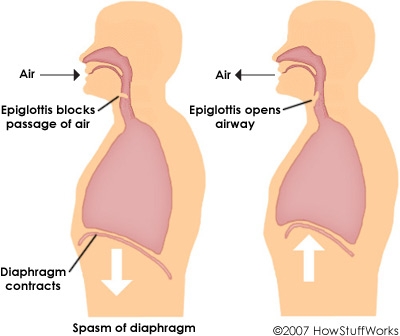 Isn’t it interesting that we can make such assumptions about words based on how they look? Hiccup seems so modern and informal, and yet it’s at least roughly 500 years old. And yet hiccough, which seems so much antiquated, is about 100 years newer than the original form. And its existence is based on assumptions just like the ones I and many others have made about the words.

So what have we learned today? You know what they say about making assumptions: be wary of it!