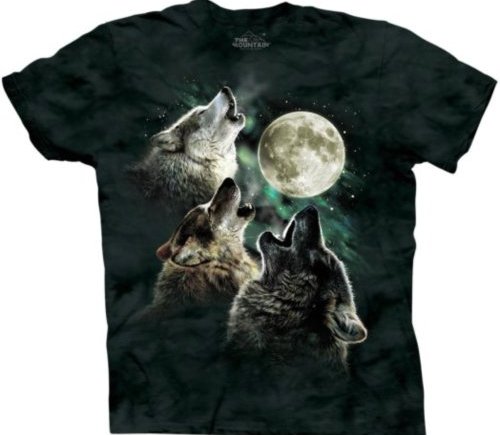 One day, maybe only 10 years ago, I was flicking through some manner of catalogue, and my eye was momentarily drawn to a t-shirt. Seeing it laid out flat, I idly thought to myself That really looks like a lower-case t. After a few moments, it hit me: that’s why they’re called t-shirts! I was amazed, but also immediately annoyed with myself. How had I not noticed it before? It was so obvious! Even worse, how had I not even wondered why it was called a t-shirt before? I’d gone my whole life never thinking about this strange name. For someone who likes to think of himself as alert and conscious of how language works, it was embarrassing.

But I still find myself being surprised as I realise little histories behind words and phrases, and they’re pleasant surprises more often than they’re embarrassing. I’ll even occasionally feel proud of myself! Like when I realised that extraordinary was simply formed by putting extra and ordinary together, and that extraordinary meant more than ordinary! I was quite young when I realised that, and I think it made me examine words more closely (you may be surprised that it took me some time to figure that out, but I, and I believe most Irish people, never really pronounce the a in extraordinary, so the link isn’t obvious from the sound: still though, look at it…).

When I really joined the big leagues of etymological investigation though, was when I figured out that shepherd was a combination of sheep and herd. I was particularly proud of that, because both the pronunciation and spelling are different! And there were the many surnames which I began to realise were derived from jobs: Mason, Smith, Cartwright, Fletcher, Cooper, Chandler et al. Exhilarating stuff, not just for the sense of achievement, but for the insight into the history of English!

Wardrobe was another good one: ward (protection) and robe… robe! What better place to store your robes, much more interesting than closet!

It wasn’t long after I first heard early sound films referred to as talkies, that I realised that the word movie came from the thrill of seeing moving images on a screen!

Disease is another one I noticed fairly recently (though I’ve a nagging suspicion it was actually pointed out to me): when you’re sick, you’re not at ease, so you’re suffering from a…

Protestant I figured out after learning about Martin Luther in history class. He was protesting about corruption in the Catholic Church, you see.

You have to be careful though, stories about seemingly obvious or too good to be true etymologies are often just that. One common misconception I always come across is that news comes from North, East, West, South, and referred to news coming from all cardinal directions. In fact (and I feel I may have mentioned this before), it’s a hangover from when medieval French had a strong influence on English, and the word new could be used as a noun. News, then, was a plural, meaning many new pieces of information. To this day in French one can use the word nouvelles to refer to news. Directly translated to English it means news, as in more than one new (piece of information).

I’ll probably update this with other linguistic eureka moments I’ve had. How about you? Has a lightbulb ever lit up over your head when you realised where a word came from?

16 thoughts on “The T-Shirt, the Shepherd, and the Wardrobe”