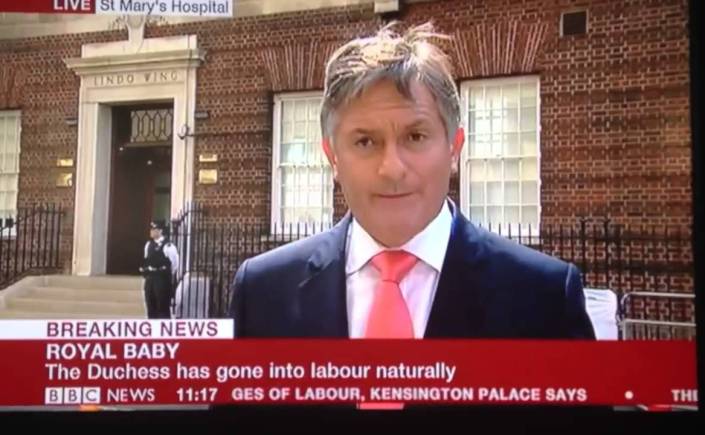 This is one of those terms that’s become so common that its original (and, after some thought, fairly obvious) meaning has become a little lost to time.

One suggestion for the origin of the term is that news was originally referred to as breaking because it was important enough to interrupt, or break, scheduled TV programmes. In the days before cable, satellite, and digital TV, there were few news bulletins on TV. If any event considered very important occurred, it was deemed significant enough to interrupt people’s evening in front of the TV. The assassination of John F. Kennedy, for example.

The term was undoubtedly deliberately used in this way, but there is another slightly different meaning of the term which pre-dates television. We can find uses of the term in journalism dating back to the late 19th century, referring to a story coming to attention suddenly. Breaking in this sense is similar to bursting or breaking forth, as though the news breaks through some kind of barrier, bringing it suddenly to public attention.

Of course, with the proliferation of 24-hour news channels, the term breaking news has become somewhat diluted. It seems that you can turn on any such station and find the news in a perpetual state of breaking. In either sense of the term, it seems completely contradictory. At first, a story might suddenly come to attention, but after the second hour of a camera pointed at an empty door waiting for the birth of a royal baby to be announced, can the news possibly still be described as breaking? And how can the news interrupt regular programming when the regular programming is also news? We interrupt this news to bring you some news!

Of course this is what happens with language. Use a word or phrase often enough and it loses much of its power. Perhaps then news stations should try to use more extreme or eye-catching terms to convey the sense of how important the story is: SUPER ACTION NEWS!! SEXY NEWS!! SMASHING, CRUSHING, MASHING NEWS!! NEWSBURST!!

Maybe the could use some of the tricks of online journalism: Up next, this news will give you all the feels! 10 of the worst current global conflicts (you won’t believe number 8!) We’ve just got word of a major incident in progress, and it’s EVERYTHING!