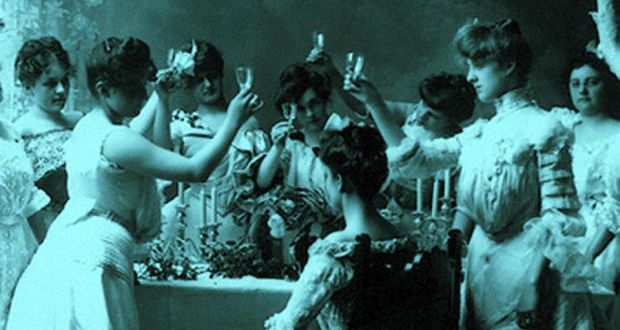 In most Christian traditions, today is the last day of Christmas. The most common name for this day is The Epiphany (meaning a moment of sudden realisation or revelation). It’s so called because it was believed to be the day that Jesus revealed his divinity, when the three magi arrived to see him.

As well as religious celebrations, the day is marked in different ways around the world. If you’re lucky enough to be Spanish or Italian, you might get extra gifts on 5th or 6th January. Despite the various traditions throughout Continental Europe though, in the UK and Ireland, we don’t do too much to celebrate the end of Christmas, unless you count taking down the tree and decorations. For most people here, the Christmas period lasts until New Year’s Day, and then life for most people goes back to normal. At least when I was a child the school holidays didn’t end until the 6th (although that changed a few years ago) and I could still enjoy the first few days of January playing with my new toys, though there was always a creeping dread as it got closer to going-back-to-school time.

In the past though, the Epiphany was quite a big deal. In medieval England, Twelfth Night (5th January) was celebrated with a punch known as wassail (which can also be a verb, meaning to drink and enjoy oneself in a raucous manner), and a cake with a pea or bean inside. Whoever got the slice with it inside became king or queen for the day. This tradition still survives in France, Belgium, Switzerland, and Luxembourg, in the form of the galette des rois. In New Orleans, it’s also customary to bake a King Cake with a little figurine inside, to celebrate the Mardi Gras season.

If you were living at the turn of the 17th century, you might have been lucky enough to catch a performance at the Globe of Twelfth Night, written especially by Shakespeare to mark the occasion, featuring the raucous comedy and music expected of the occasion.

In Ireland, the day used to be known as Little Christmas, or more commonly, Nollaig na mBan (Women’s Christmas). It got this name from the old tradition whereby men would take over the household duties for the day and give women a break after all their hard work over Christmas. While it’s not marked so much anymore, due to greater gender equality, the tradition still survives somewhat in Counties Cork and Kerry, where women will celebrate together with lunch or an evening out.

Personally, I’d like to see the return of some kind of Twelfth Night celebration, to help Christmas go out in style, rather than simply peter out in a back-to-work/school-in-the-cold-and-rain depression. I’m certainly up for some wassailing. But however you’re marking today, have yourself a merry Little Christmas.