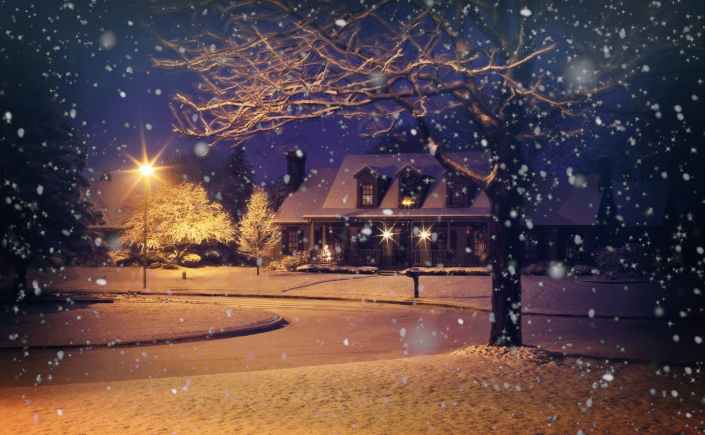 But look, maybe you say on Christmas, and that’s probably OK too. I suppose it all depends on what you mean by Christmas, really.

Is it just one day, 25th December? Or is it the whole shebang, from then until 6th January? Or maybe it’s about a week from Christmas Day to New Year’s Day, and then everything goes back to normal?

A lot of that depends on your lifestyle. If you have a job that you have to go back to on 26th or 27th, then Christmas might already be over, or almost over, from your point of view. And then, you might be more likely to say on Christmas. As is often the case, there is a logic to this.

We generally use on to refer to specific days, whether they be special days or not: on Monday, on Easter Sunday, on Christmas Day etc.

We use at to refer to a general holiday period, e.g. at Christmas, at Easter etc.

I’ve noticed recently though, a tendency in American English to say on Christmas, which to my ear sounds strange, because I expect it to be followed by the word Day. When I first started thinking about it, I wondered if it was because in the United States, the general Christmas period isn’t celebrated as much as it is in Europe, so everyone goes back to work on 26th December. The whole Christmas holiday would then be confined simply to Christmas Day.

But that’s not really the case, and I’m glad to see that our American friends can have some time to relax at Christmas, and not just on Christmas Day. So why would someone say on Christmas when at Christmas is strictly correct?

It would be weird to say at Christmas Day though, wouldn’t it? Probably because we’re so used to using on before particular days. Whereas holiday periods are vague, sometimes subjective, and not so common, so the convention of using at to refer to holiday periods isn’t so engrained.

But whether you say at Christmas or on Christmas, or even if Christmas is finished for you, we can all agree that today is Thursday (really!?)

One thought on “On Christmas or At Christmas?”