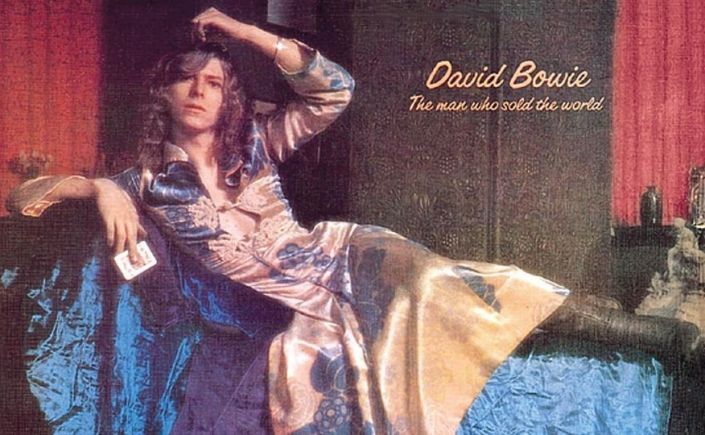 No matter how well you’re learning a language, and how confident you feel in handling the basics, encountering it in a natural context will always throw something at you that you just can’t figure out. You can look at it, try to figure out its meaning from the context, guess at its meaning from its spelling and similarity to other words, but it simply defies understanding. This is of course especially difficult if you hear the word or phrase spoken, when you don’t have the luxury of analysing it to any great degree.

I was thinking about this this morning in the car on the way back from a lesson. I was listening to “The Man Who Sold the World” by David Bowie, and thinking about the fact that the cover version by Nirvana on MTV Unplugged is probably better known. So much so, that people might assume that it’s the original version. In this regards it’s similar to other songs such as “All Along the Watchtower” (Bob Dylan – 1967, The Jimi Hendrix Experience – 1968), and “Tainted Love” (Gloria Jones – 1964, Soft Cell – 1981).

This time though, I didn’t think too much about this. Instead, I was more concerned with that term – cover version. This is definitely a word that might be tricky for someone to figure out, particularly without much context. Version is logical enough, but why cover, and how does it work together with version? And of course things get trickier when we shorten it to just cover, and then use that as a verb (e.g. They covered an old song.) Imagine asking someone who’d never heard the term, What’s your favourite cover? How they could possibly figure it out from that? Of course in real life there’s usually more context, e.g. In 1994, Nirvana performed a cover version of David Bowie’s “The Man Who Sold the World on MTV Unplugged. Still, I was curious about the origins of the term cover version, and wanted to find out where it came from.

The term first seems to have been used in the 1950s, generally in the same way as it is now. It never really needed to exist before that, as the idea of a definitive recording of a song hadn’t taken hold, as most music was experienced live. With the increase in popularity of the radio, the industrialisation of music recording, and the growth of pop and rock and roll, people began to associate certain songs more often with certain performers. Record-label executives weren’t too happy about this if it meant that artists on other labels were making money off a song. So they would very quickly have an artist from their label record a version of a very popular recent song, or at least a song very similar to it. Timing was key, so that people didn’t have long enough to associate the original performer with the song. The idea was then to “cover up” the sales of the original version with the greater sales of your version. I’m sure cover also referred to “covering” the original song itself with your version, so people only know your version.

Some people have suggested that cover also referred to “covering” black performers of the original versions, and replacing them with white singers. Doubtless this happened on many occasions, and quite possibly with a racial motivation, though I’m sure record executives’ greed trumped their racial prejudices.

It’s interesting how the practice of recording a cover version has changed, but the motivation and therefore the meaning is now different. Of course the financial motivation is still often a factor, especially when a boyband release a cover version of a classic song to cash in on the original’s popularity and quality. But with most bands, a cover version is usually a tribute to the original. The old meaning of cover is therefore lost. In fact a band might be more concerned with uncovering the original song or band, hoping that their cover attracts more attention for the original.

So thinking again of the English student who doesn’t understand the term. If we’re in a position to help them understand, how best to do that? Just tell them that it’s when one artist or band records a song that’s already been recorded by someone else. There are lots of little tricks to get learners to figure out the meaning of things themselves, and remember them better, but in this case the meaning is so divorced from its origin that there’s no easy way to figure it out. And you don’t want to tell them the whole story that you’ve just read! It’s a good opportunity to remember that despite all the tricks available at a good teacher’s disposal, sometimes the best way to help a student is just to give them the bloody answer!