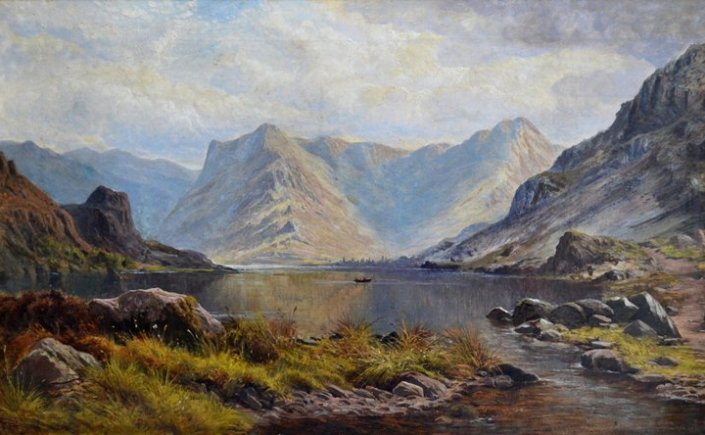 On Thursday 15th June 2017, roaming charges were abolished within the EU. And there was much rejoicing. Roaming charges were one of those things that for a long time I kind of just accepted. Living in Ireland, the rest of Europe usually felt far away enough that it seemed somehow appropriate that using my phone would be more expensive whenever I went there. But recently I drove for about 45 minutes from Belgium to the Netherlands, and suddenly it seemed entirely absurd that I had to pay a fortune (rather than nothing) for using data, just because I’d crossed a fairly arbitrary line. Why should it cost more in a different country? Was I inconveniencing the phone company in some way? Did they have to do more work to drag the data over the border and into my phone?

At this point in my thinking I’d usually get a bad dose of existential angst, and question why I should have to pay for data in the first place at all. Is there a limited store of data which phone companies have to mine and then generously dole out to us plebs? Does data even actually exist? I assume it does, but it’s not tangible, and seems to flow around the place freely enough.

At this point in my thinking, I usually get tired and need to sit down. That’s when I become calm and reflective, and start thinking about words. And roaming is a word I’ve naturally been thinking about over the last few days. At first glance, it seems a logical enough choice to refer to the use of mobile data abroad. You’ve roamed from your home country to another, so, yeah, roaming, it kind of makes sense, doesn’t it?

But, if you think about it, it’s not the most obvious choice of term either, is it? Off the top of my head, I can imagine some other terms that make more sense:

They seem like more obvious choices to me anyway: they’re all much more common words than roaming. But then, phone companies aren’t going to just use the most common words, are they? Doubtless the word roaming was chosen very deliberately.

Forget about mobile phones and exorbitant bills for a moment: what does the word roaming make you think of? Perhaps a rugged lone traveller, crossing a wild landscape like the Great Plains of America or the Scottish Highlands, face determinedly set into the wind. Maybe something a little more pastoral, like a lovely afternoon hiking around Connemara or the Lake District. Whatever image you conjure up, I’m sure it’s a romantic, natural one.

And understandably enough, phone companies are going to prefer that you think of something like that, rather than being charged €50 for checking your email when you can’t sleep because of the sunburn. I don’t think I’m doing anything revolutionary in pointing out how capitalist companies choose a romantic word to put before the word charges, to hide the sheer greed behind their actions. I think what really strikes me though, is how it works so well, despite being so blatant. It’s an example of euphemistic language in a way, and I think there’s another post entirely to be written about the way we use euphemisms in English. It’s something we know happens, and recognise for what it is, but we still accept it as part of life. I know that the way phone companies use the word roaming is clearly cynical, but still, what do I do about it? And more importantly, it still works on me, to an extent. I always knew to some extent that roaming charges cost far too much, and probably didn’t really make sense, but I think if they were called arbitrary expensive charges because data isn’t really quantifiable and finite and we’re scared you’ll find that out, I’d be less willing to put up with them.

But I get lulled into apathy and acquiescence simply because they use the lovely word roaming. And I let them do it, because life is just easier that way. If I try to fight against the injustices of late-stage capitalism, where do I stop? That’d be hard work, and I know it, so I complain about roaming charges, but then I quickly forget about them, because that’s easy to do when they’re called roaming charges.

And when you start to think about it, you’ll realise how much this happens in so many other ways. Political language, of course, is all about putting a positive spin on the worst news, and keeping us from really getting angry at injustice, and the self-interest of the people who claim to serve us. As I said, there’s plenty more there to sink my teeth into some other day. And I won’t tell you to rise up and refuse to accept the cynical use of euphemistic language, because I really can’t say that I’ll do the same. And I think that’s because I know that the way euphemistic language works on a social scale reflects the way language works in a more basic sense. We accept the way euphemisms work because they makes life simpler, and they allow us to look away from the ugly truth that can hide under the surface of so many institutions. Now of course this applies to cynically-chosen euphemisms, and I don’t take such a cynical view of language in general. But still: we choose our words carefully, don’t we? Even if we’re angry, we know we have to get on with the work of living alongside other people, so we temper our language to keep things running smoothly. And that’s ok, because if we were always blunt, we probably wouldn’t last very long as a species.

And that’s why we accepted roaming charges with a heavy sigh for so long. Because in some deep part of our minds, we know that the same instinct behind choosing that term is the same one that stops us from killing each other, or at best hitting each other very hard. Well, at least for now we’ve got a little victory here in the EU, so let’s just enjoy it. Though when I’m on holiday I’ll probably still insist on using only free WiFi, but hey, I’m cheap!