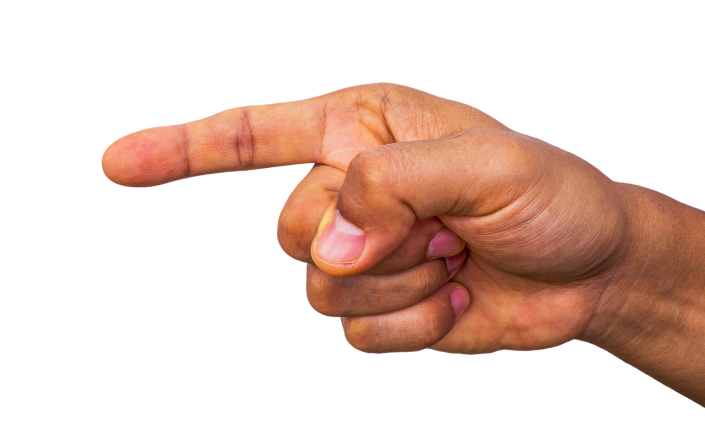 This evening, while cycling home from work, a thought occurred to me. A slightly panicked thought. I recalled that in my post yesterday I’d linked to an article, and I thought…

Did I include the link!? (Clearly my cycling thoughts aren’t as interesting as my running thoughts. I suppose I’m too focussed on the road)

You see, rather than write my post directly on my blog, as I usually do, yesterday I’d written it as a word document, as I wasn’t online at the time, and then copied it onto the blog later. And then of course I included all the links. Or did I? Because it would be very easy to forget to (spoiler alert: I didn’t). Before I got home and put my mind at ease, I felt a little annoyed. If I had forgotten it, how stupid would that look? It would be so obvious I’d forgotten the link, and it would be unfortunate for anyone reading it, as they’d miss out on what was a very interesting article. But then, another thought occurred to me: would that actually be so bad?

Because when I visualised that bare sentence, looking so naked without its bright blue link, I realised that the sentence would actually still work without it. Not in the way I’d planned, but it’d work nonetheless. The sentence, you see, went something like this…

I recently read this fascinating article…

…and of course I’d intended to put the link on this fascinating article. But do you see how it would still work? In normal speech it’s quite normal to say something like I read this really good article on this blog yesterday (I can’t imagine you’ve ever had cause to say anything like that). Now of course in this case we’re not actually pointing to the article. We’re just referring to an article on a blog that we read. But of course, that’s not the classic use of this. Normally when we use it, it refers to something that we’re indicating, usually by pointing:

What does this word mean?

Who made this mess?

I think it’s because we are pointing, in an abstract way. Consider the following two sentences:

Man, I saw a beautiful woman in the bank today.

Man, I saw this beautiful woman in the bank today.

Again, strictly the same, but doesn’t the second one grab your attention just a little bit more? Even though the woman isn’t there so of course you can’t see her, the sentence does its best to make you imagine her. Because we’re used to the word this drawing our attention, it still has that effect, even if there’s nothing actually present for us to look at. We feel more involved in the sentence, more engaged. And I think that this also serves to make the woman stand out, because she’s not just any woman, she’s this beautiful woman. Even though we can’t see her, this serves to specify her, make her unique, because that’s how this works when we’re actually pointing to something.

So yeah, if I’d forgotten the link yesterday, it probably would’ve been ok. You just might have thought I was referring to a really interesting article that was interesting enough to merit a this instead of an a. You also might have been slightly surprised by a momentarily informal turn in my writing, because we normally use this in this way in spoken conversation, but it’d would have still basically been the same post.

What really intrigues me though, is a thought that’s occurred to me as I’ve been writing this. English is full of phrases that are similar on the surface, but have slightly different connotations. We might change a phrase from rude to polite just by adding a word. Or a phrase could have quite different meanings depending on the context. I’m coming, for example. And in a way, the two meanings of I read this interesting article… are like this: either I’m actually indicating a specific article (I read this interesting article), or I’m referring to an article I read without specifically pointing it out (I read this interesting article). The nature of the difference in context is what interests me. Because in both cases, the textual context is identical. Looking at things just in terms of words, it’s the same post in each case. The change in meaning isn’t caused by a difference in the words around the phrase, and it doesn’t depend on who I’m addressing. It’s caused by including a link. And I love how completely modern that is, how impossible it would have been to create a change in meaning in two identical phrases in this way before the advent of the internet. It’s a great reminder that language doesn’t exist in isolation. It’s not just words. It combines with our technology, with every factor which influences our lives. Technology can directly affect the meaning of a phrase, just as much as context, or tone of voice. I find it simply amazing that I can change the meaning of a phrase just by making it blue and underlined. It’s a healthy reminder, especially to linguistic pedants, that languages are always evolving, and it’s usually the practical elements of our lives that guide their evolution. I don’t know about you, but I love that. So even though when I got home and checked I saw that I had included the link, I’d already comforted myself with the fact that it didn’t really matter whether I had or not.

Anyway, that’s where my mind took me today. Who knows what post we can expect tomorrow based on my thoughts during my commute? Get set for Ten Licence Plates I Saw this Morning that Look a bit like Words, and How that Relates to Verb Conjugation in Middle English.

4 thoughts on “It Started with a “This””