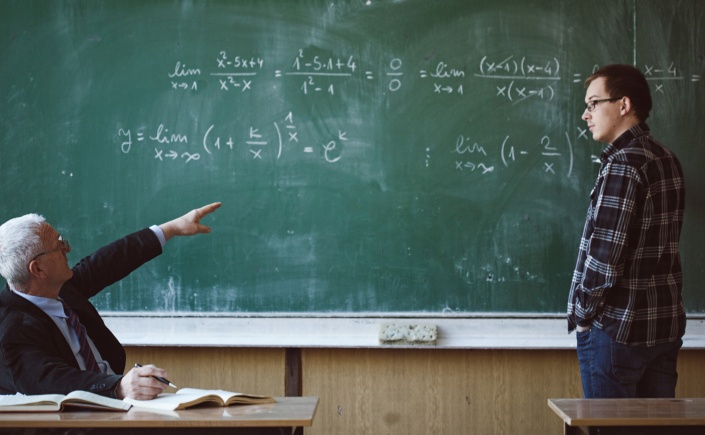 We all get into routines, often continuing with them long after we’ve realised any original context for them has disappeared. Teachers for some reason seem to be a little more prone to getting into bad habits than other people.

I think it’s probably due to the routine nature of the job: you’re going into the same room, usually with the same people, every day, and there aren’t too many different ways to structure a lesson.

I don’t think I have too many bad habits as a teacher, but habits I certainly have. Two things I’ve always done since I started teaching have been to write my name and the date in the top-right corner of the whiteboard. I’m not sure why, but I feel like it was recommended during my training course, and I never really questioned it. In the English-teaching industry, writing your name can make sense, because you might have new students each Monday morning, and students can have a few different teachers during their time in the school.

As for the date, I suppose the idea is that it’s for the students to put in their notes, so when they’re revising them they can separate them by day. Though in 2017, it’s not as though they can’t find some other way to see what the date is.

Anyway, way back in 2012, I was teaching a pleasant group of Italian teenagers. I’d been with them for about two weeks, and as usual one morning I entered the classroom, said hello to everyone, and wrote my name and the date on the board. Only, after I’d written them and was about to get started, I noticed some of the students looking strangely at the board.

One of them told me, The date is wrong.

Confused, I looked around. And I saw that I had got the date wrong. The day and the month were fine, but I’d written 1983 as the year. I didn’t have to figure out why: you see, it was my birthday, and I was so used to writing out my date of birth on official forms, that after writing the day and the month on the board, I’d instinctively written the year of my birth.

I don’t like to make a fuss about my birthday, and I didn’t want the students to know, so I hastily made an excuse, and replaced 1983 with 2012. But of course it wasn’t too hard to figure out what had happened, and during a quiet moment one of the students whispered, It’s your birthday, isn’t it? I said, Yes, but don’t tell anyone!

The lesson eventually finished, we all took our half-hour break, and when I went back in to the classroom, of course everyone started to sing “Happy Birthday.” Which was lovely, but also the kind of embarrassment I seek to avoid on my birthday.

Some teaching habits are based on actual teaching practices: perhaps being lazy about some explanations, always teaching certain language points the same way, or finding exercises which let you sit back while the students do all the hard work. And it’s important as a teacher to reflect on your work and avoid getting into such routines, as they can negatively your professional development, and the students’ learning. Sometimes though, you need to be careful about the more mundane routines, and the embarrassment they can cause.

Ah but it’s easy for me to say that! Despite the embarrassment of that day, I still write the date on the board, though on the now-rare occasions I end up teaching on my birthday, I’m always very careful to get it right: I could only tolerate being sung at once in my career!

14 thoughts on “Avoiding Getting into Habits as a Teacher”