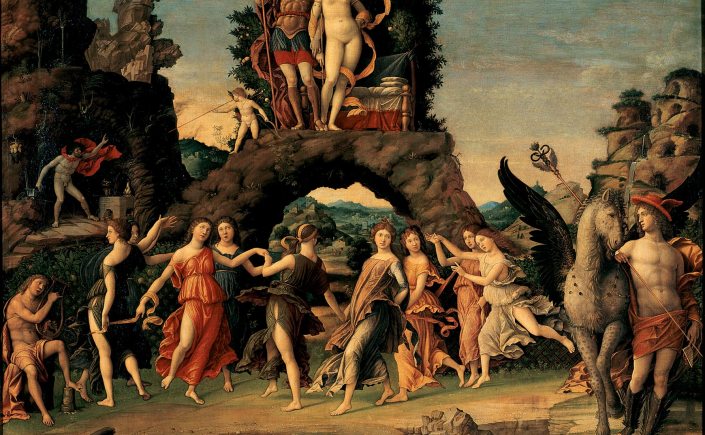 To develop a theme of translating from Latin, I want to take a quick look at this phrase today.

Before we do anything else, let’s have a quick look at what it means. It translates as seize the day, and is used to mean live for the moment, don’t worry too much about the future and just enjoy yourself now.

Where does it come from? From the Roman poet Horace, and specifically his work Odes. Here’s the particular line it’s from:

(Seize the day; trust tomorrow even as little as you may.)

OK, nothing surprising there, but that second part of the line gives us a clue as to how Horace meant the line in a slightly different way from how we use it now. He meant that we can’t rely on things to work out in the future, so we need to seize today and do what we can now to make the future that we want. He was basically saying that we shouldn’t put off till tomorrow what we can do today, but also, that we should think about what we really want, and make it happen now.

In that sense, it’s almost the opposite to how it’s used now. Rather than not overthinking things and not being afraid to try something new or scary, he was suggesting we think about what we want and then not wait to make it happen.

So, does this mean you’ve been getting it wrong all this time?

First of all, the two senses of the phrase aren’t that different. Both are about making the most of the present, and about not relying on the future. The only real difference is that the modern version emphasises enjoying the moment as you might not get to enjoy tomorrow, whereas Horace emphasises doing what you can now to make your future better. He’s not saying the future won’t come; rather that you can’t rely on getting to do what you want to do in the future.

More important though, is the fact that we’ve  been using the phrase to mean live in the moment, do something crazy! for a long time now. Regardless of what Horace intended, that’s what it means now, and there’s no point swimming against the tide and trying to get everyone to use it differently.

That being said, I think it can be useful to consider Horace’s intention. The thing about living in the moment is that there usually is another moment afterwards, and it can be useful to think a little about that moment. I think this is particularly relevant in terms of climate change, for example. Why not seize the day to make the world a safe place for ourselves and future generations? I think that’s the kind of thing Horace had in mind.