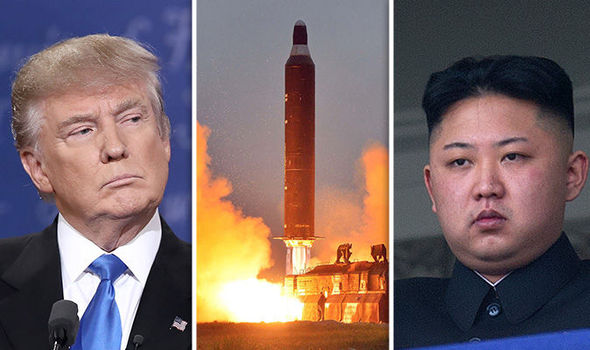 Dotard (n.) an elderly person suffering from senility or other mental infirmities

By now you’re probably well aware that a few days ago, Kim Jong Un called Donald Trump a dotard, in the long-running name-calling spat between the two obnoxious, hateful children, which could also lead to the deaths of millions.

I first became aware of this on social media,when every second post on any respective feed seemed to be an article entitled Kim Jong Un just Called Donald Trump a Dotard, and you Won’t Believe what it Means! or Twitter just Discovered what Dotard Means, and it Can’t Handle it!

All of which surprised me, because I couldn’t have expected that so many people had never heard of the word. It’s not one we use much nowadays of course, but through reading I’ve come across it many times, and generally in contexts where its meaning is obvious.

But I’m not really interested in criticising people for not knowing the word, though perhaps I might just suggest that reading is always a great thing, for many reasons. I think what surprises me most about this whole situation is that it’s the 21st century and this is what global politics is about. A spiteful orange buffoon, inexplicably elected to the position of US President, calling a dangerous dictator with nuclear capabilities Rocket Man in a speech at the UN, with said dictator firing back with a mentally-deranged dotard crack (in fairness to him, he seems much more eloquent than Trump).

It’s all just so childish. At least the people of North Korea didn’t get a choice in who to lead them, but it must surely be infuriating for Americans to see the person elected to represent them make such an embarrassing spectacle of himself, and risk the lives of millions while doing so by provoking a volatile dictator. It defies logic to see an elected politician behaving that way. I think what also bugs me in particular is that he doesn’t even use language with a hint of the intelligence and cunning needed for the usual evasions and vagueries of political discourse. In so many ways this is quite literally like two big babies having tantrums.

There is perhaps one glimmer of hope revealed in the language of these two idiots. The phrase to dote on someone, meaning to be infatuated with them, shares the same origin as dotard, perhaps because we think of strong romantic affection as being related to insanity (I’m crazy about him/her). If Trump is a dotard, then perhaps it’s not such a stretch to think that the spat between him and Kim is more like that between two confused adolescents who have feelings for each other, but can only express them in mocking and antagonism. I mean, Rocket Man: you can’t deny the phallic implications of that. Perhaps rather than struggling to survive a post-apocalyptic wasteland, the future will instead see us looking back at this time as the retrospectively obivous beginnings of a beautiful relationship.

20 thoughts on “The Dotard Vs. Rocket Man”