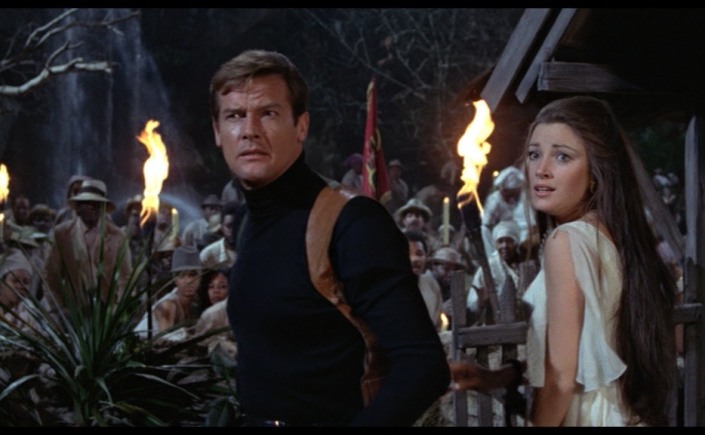 The song “Live and Let Die” came on the radio this morning, and it made me think: is this phrase now better-known than the original phrase (live and let live) that it references?

“Live and Let Die,” of course, is probably best-known as a song by Wings from 1973, the theme tune from the James Bond film of the same name (depending on your vintage, you may be more familiar with the Guns N’ Roses cover).

Live and let live is an expression advocating allowing everyone to let people live how they choose. It’s still used quite often today of course, though a quick Google search (using Google.com, as I’m currently in Belgium and Google.be would certainly favour the song over an English expression) puts it third behind “Live and Let Die” and “Live and Let Die song.” Not that this necessarily means people are using live and let die when they should be using live and let live. People are of course more likely to google songs and James Bond films than expressions. Still, I do find live and let die comes to mind more easily, so I’m sure it sometimes does come out instead of  live and let live for some people.

That was certainly the case when the film Lock, Stock and Two Smoking Barrels (I feel like an Oxford Comma would make that look much better) was released in 1998. The title was a play on the figure of speech lock, stock, and barrel, meaning everything. Soon after the film came out, I noticed people using its title in place of the original phrase. Sometimes it was a genuine slip, but sometimes I’m sure it was a mistaken belief that that was the actual expression.

It’s understandable that people would get it wrong, as it’s used just infrequently enough that many people wouldn’t fully be aware of the exact wording of the phrase and, suddenly hearing the title of the film everywhere, they’d assume that that was that figure of speech they occasionally heard.

You expect people would’ve stopped themselves when they realised the two smoking barrels part sounded a bit odd in an old-time expression. But I think the fact that the meaning of the original phrase (the three essential parts of a rifle) wasn’t obvious (I had to look it up) so the film title’s addition didn’t stand out as being too strange. It’s an interesting case of how easily language is influenced by popular culture, often more so than logic or grammar rules.

Another curious thing about “Live and Let Die” is the line which begins: And if this ever-changing world…

So feel free to argue with people as to what the words are, but don’t get into any serious arguments over it. Don’t forget to live and let die…

5 thoughts on “Live and Let Die”