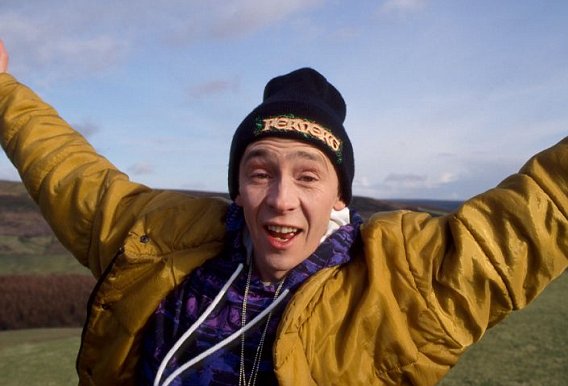 How do you feel about the adjective brilliant? It seems to be a bit divisive. Like the word awesome, there are those who feel that it’s cheapened by being used as a general adjective of quality, to indicate that something is very good.

I understand that point of view, and I’ve argued previously that sometimes a strong adjective is just too strong for the situation, and a nice simple adjective often works well. That being said, the sheer positivity of words like awesome and brilliant can be infectious.

And while brilliant is now firmly established as a synonym for great, this is actually a fairly recent development.

You might know its original meaning, as we still use it in that sense occasionally. Originally it meant shining brightly, and entered the English language from French, specifically brilliant, the present participle of the verb briller (to shine). Brilliant no longer exists in modern French, though brillant does mean shiny.

The French brilliant can be traced back to the Latin beryllus and the Greek beryllos, referring to the precious stone beryl, which can also be used as a female first name in English. Brilliant therefore originally specifically meant shining like a beryl or other precious stone, before coming to mean very bright in general.

It wasn’t used to mean great or excellent in general until the mid-19th century. To me, it’s a fairly logical shift in meaning. Precious stones are great, aren’t they? It’s interesting though, to see how words which all had quite different meanings originally, came to be used as adjectives to refer to quality in general.

I’ve already written about how great used to mean very big before its shift to very good. Excellent is also another exceedingly interesting word. While it’s pretty much always had the same meaning, breaking down its etymology reveals some curious origins. It comes from the Latin excellentem, with the cell part related to the verb cellere (to rise high, tower) itself derived from the noun celsus meaning tower or high building. The ex part means beyond or outside, as we saw before when I looked at the word strange and its related forms. The word excellent therefore comes from the sense of something being of such high quality that it surpasses its peers, just as a tall building surpasses others.

With the words brilliant, great, and excellent, we have three quite distinct concepts (brightness, size, and height), which all still manage to converge logically on the concept to quality. Conversely, we saw before with the prefix ex how the simple concept of outside can diverge and form part of many different words with different meanings.

These examples (from Latin, those which are taken out) show how language works by association. Looking into the etymology of words helps us to see the associations we make between different words, even if we’re not always aware of them. And this is just an example of how our brains perceive the world. We link things together using different concepts in order to help us organise and make sense of the world. It’s not surprising that language works with this way too. What is language, after all, but the expression of our inner thoughts and perceptions? Brilliant!