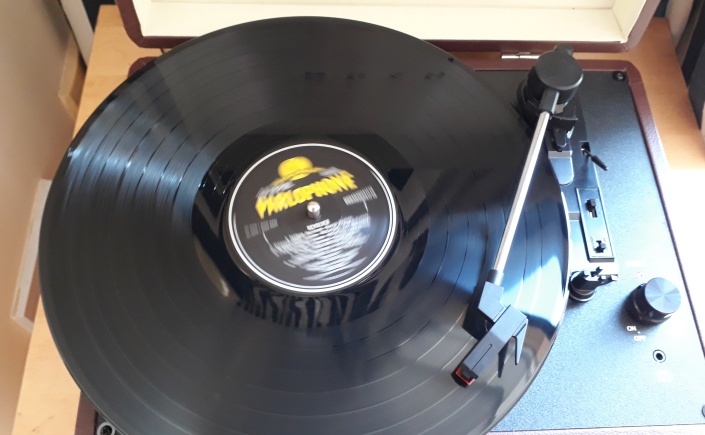 That there, in the picture, is the Beatles album Revolver, and as it’s on vinyl, it’s revolving*.

Looking at that today got me thinking: is there a term for that? For a word or name that describes what the thing actually does? The album is called Revolver, and in its original format, it revolves*. A digger digs, and a dancer dances. Is there a word for this phenomenon?

Not really, but there is a term with a similar meaning. An autological word is one which references a property that it also possesses. The word noun, for example, is a noun, just as the word English is in fact English. Pentasyllabic (having five syllables) has five syllables. The word short is short. The word brief is also quite brief.

The opposite of an autological word is a heterological one. Long for example, is not a long word. Monosyllabic has five syllables, not one. The vast majority of words are heterological, so it’s not really a term that ever needs to be used.

Revolver isn’t really an autological name because, even though it describes what the album actually does* (on vinyl and CD), the word itself doesn’t revolve, which would be required for it to be autological.

Still, even if it’s not an autological word, at least now you know what that is, and I’ve got to listen to the album again, so everybody wins!

*of course all this is a moot point if you want to get really strict about what the verb to revolve means. Think in astronomical terms, for example. The Earth revolves around the sun, moving through space in a circle. But it rotates, or spins, on its axis. A vinyl record therefore, strictly, spins or rotates, not revolves.