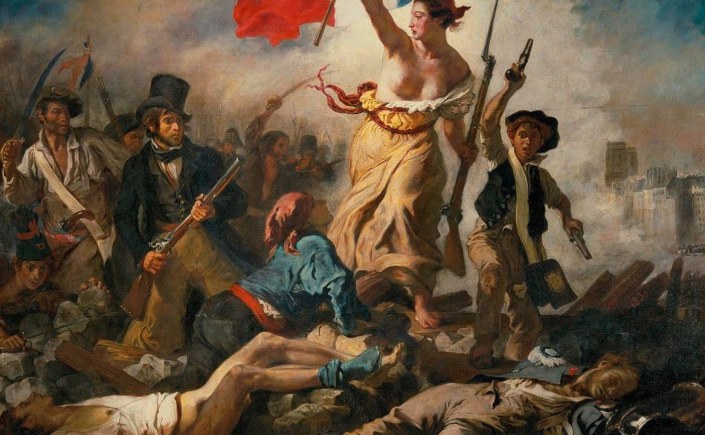 An easy joke, that one there in the title. But have you ever wondered why revolting has two such distinct meanings which let us make the joke in the first place?

As is so often the case, the two meanings (rebelling and disgusting) aren’t quite as distinct as they might first appear, and a little thought might make the reasons clear.

A simple way to look at it is to think of your stomach revolting against whatever disgusting thing you’re contemplating. We can also find a much more literal and physical sense if we take a loot at the origins of the word.

It comes via Italian and French from the Vulgar Latin revolvitare, frequentative form of revolvere (turn or roll back, and also source of revolve). It’s not hard to see how the more metaphorical senses of revolt and revolution developed from this.

But we can also easily imagine our stomach actually turning in shock at the thought of something disgusting (and think of how often we talk of our stomach turning, or churning, or being upset). It’s difficult to pinpoint whether, when revolting first came to be used to mean disgusting, it had a metaphorical, political meaning, or a more literal, physical one. I imagine the reality was that it was a little of both.

Grammatically actually, it’s quite similar to the origins of appealing we looked at yesterday. Both are cases of verbs becoming used as adjectives, and from us imagining something performing the action the verbs represent (something appealing to us, and something making our stomachs revolt).

One thought on “The Peasants are Revolting”