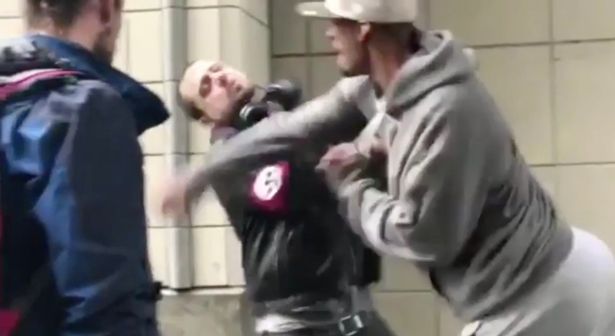 Writing about my dislike of the concept monarchy yesterday made me think that, certainly if I were British, I could label myself a republican, being someone who believes a republic centred around citizenship is a better system than a monarchy, dictatorship etc. I don’t tend to call myself a republican though, and there’s a good reason why.

In Ireland, a Republican is someone who believes strongly that the whole island of Ireland should be a united republic, and is particularly associated with the extreme aspects of such a belief, even the terrorist groups which exist(ed) around it. And while I of course understand that belief, the whole complicated history of these islands, even the parts I’ve lived through, mean I’d never stake my colours definitively to that mast.

And of course if I were American, no matter how staunchly my anti-monarchy beliefs, I’d never call myself a republican for fear of being mistaken for a Republican, a supporter or member of the right-wing Republican party, whose beliefs I don’t agree with at all.

It might seem safer to call myself a democrat: very few would find that a controversial stance. But then, I might be mistaken for a Democrat, a supporter of the centrist American Democratic party (sorry Americans, but the Democrats aren’t really left-wing at all, compared to what we have in Europe). I wouldn’t mind being confused for a Democrat as much as I would for a Republican, but still, it wouldn’t really be accurate.

What a difference a capital letter can make, eh? We can find so many more local examples. Nationalism, the belief in the self-governance of a nation, can have negative connotations, often being associated with a belief in the superiority of one’s nation over others. But in Ireland, a Nationalist is similar to a Republican, having similar beliefs, but generally less extreme, usually not supporting violence, or hoping for a united Ireland, but perhaps being willing to accept the status quo of Northern Ireland being relatively autonomous within the United Kingdom.

The counterparts of Nationalism and Republicanism in these contexts are Unionism and Loyalism, referring to the range of beliefs of those who want Northern Ireland to remain in the United Kingdom.

It will probably become harder for the same term to be used with different meanings around the world, as communication becomes more global. If I have a quick scroll through Twitter, for example, at least 95% of references to Democrats and Republicans will be in the American context. In fact, most political ideological definitions will more than likely be filtered through an American lens. Socialist will probably be used disingenuously to refer to relatively progressive Democrats like Bernie Sanders or Alexandria Ocasio-Cortez, who, while certainly far to the left in terms of American politics, would be far from radical in Europe (where what they believe in just seems like common sense).

Socialism can of course be used as an assumed insult in American politics because of the nation’s long-held opposition to communism and socialism, and also because of the Nazis.

You might know that Nazi is an abbreviation of Nationalsozialistische Deutsche Arbeitpartei, or National Socialist German Workers’ Party. Even though the party’s economic policies were not Marxist at all, opponents of this day continue to link Socialism with National Socialism, even though they must surely be aware of how different both beliefs are (I was going to say were, but considering idiots are publicly wearing Nazi regalia in 2018, I regretfully have to use are).

And that’s the downside to the connectivity of technology. We can communicate much more easily, but it’s so hard to vet anything online, and people can just share lies which back up their beliefs in an online echo chamber. But at least the upside of this climate is that people can label themselves and reveal themselves for the ridiculous idiots they are.

Take the proud boys (they don’t get capitals!) for example. If you haven’t heard of them, then let me assure you that yes, a group of men actually got together and decided that this was a good name for them. I won’t credit them with an ideology, but their main focus, based on their initiation programme, seems to be trying to legitimise being sexist, racist immature men (one step of this programme actually involves naming five breakfast cereals while being punched – seriously). And they thought that a name based on a song from the Broadway adaptation of the Disney cartoon Aladdin (again, I’m actually not making this up) would help people take them seriously. That and their logo, which is a cock (on a phallic weathervane pointing west, because their slogan is actually “The West is the Best:” again, this is all real). 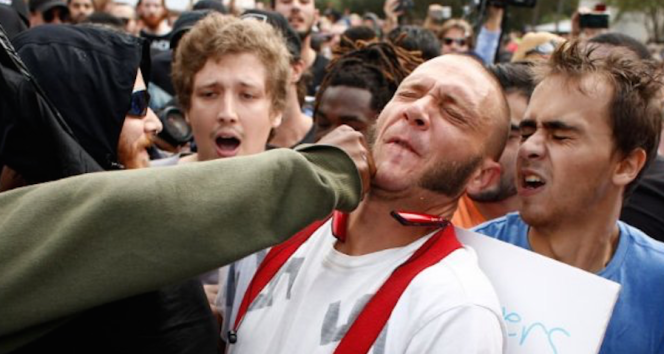 That’s the beauty of the internet. They can come up with this name and tell us all about it, even though proud mothers would make more sense, because the Broadway cartoon-based song that inspired them is about making your mother proud, and presumably they want their mothers to be proud of their behaviour, though I’d hope they’re not. Still, it’s not from the rocks that they licked it: more like their cereal bowls. Though I’m sure their mothers are proud of the group’s anti-masturbation and anti-pornography stances, designed to get the boys “off the couch” and meeting women (aww!) 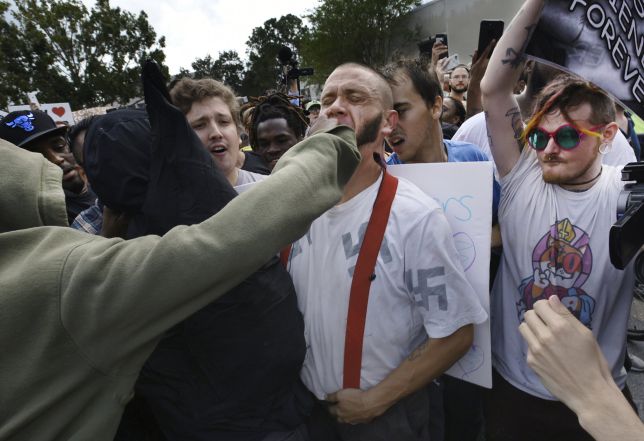 Yes, they’re free to broadcast this name, which every time I read it I shout in my head to the tune of “The Wild Boys” by Duran Duran, everywhere. And they think that we’ll take it seriously, even though most of us think it sounds like a name Huggies would come up with for their new range of boys’ training pants, for little gentlemen just learning to poopoo on their own! And we’re free to say that too!

They’re free to express their sense of inadequacy and their fear of girls and people with more melanin, and we’re free to laugh at them. While we should all be rightfully concerned about the rise of the far right around the world, it’s always useful to remember that a lot of its support comes from verified buffoons, who invariably expose themselves for the sad little people they are, even if one of them is actually president of the United States somehow and should know better than to reveal his motivations via tweet. That’s when political labels are useful, the internet will help us to identify and remember the people who chose to attach these labels to themselves.