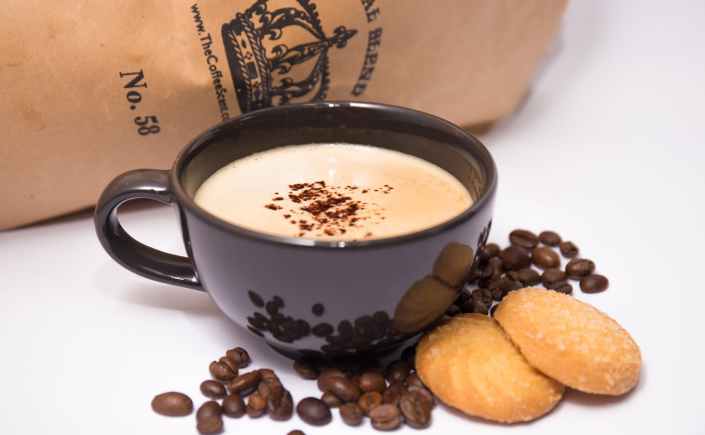 The preceding, electrifying exchange occurred this afternoon, as I ordered a cappuccino at a well-known coffee shop. When the barista asked which size I wanted, I said regular, meaning not large. I had actually thought about this, because I overthink everything.

If this chain had three sizes, I probably would’ve asked for a medium, because we naturally enough think of a small-medium-large progression. But I was pretty sure that this chain has two sizes: regular and large (who wants a small cappuccino?) I therefore had time to think about whether to say medium or regular if she asked which size I wanted (I’d already decided to just ask for a cappuccino, hoping she might assume I wanted neither a large nor a small one, and we could avoid it coming up entirely).

But no, when I asked for a cappuccino, she asked which size, and then… well you know what happened then. I’m not going to complain about confusing coffee-size names, or suggest that it should’ve been obvious that I wanted a medium, because medium is more logical a designation for the size I wanted.

Originally the word meant intermediate, coming from the Latin adjective medius. Even if this chain only has two sizes (I’m not convinced it does now), the size I wanted was still not large or small, but an intermediate between the two, so medium is appropriate.

Regular of course has connotations of normality, levelness, and symmetry, so it’s not exactly the most appropriate term to refer to an intermediate size. In fact, it’s probably becoming less and less appropriate as we become more used to different types of coffee. A regular cappuccino could easily be understood as a cappuccino without cream, or added flavours, for example.

So OK, offering medium or large does kind of make sense. And it makes more sense than Starbucks’ sizes. They’ve got five sizes: short, tall, grande, venti, and trenta (though I’ve never encountered the trenta: I suspect it may not exist outside North America). Tall, grande, and venti are the three most common sizes, and I’m sure you’ve already heard many jokes/complaints about how it’s slightly ludicrous that what they call tall is what’s considered a medium or regular size. It is slightly ludicrous though, but maybe it does impress people into thinking they’re getting a bigger coffee than they actually are.

It seems slightly more ludicrous if you consider that grande basically means the same thing: it’s the Italian for large. I guess to English ears it sounds grander and therefore larger than tall. Venti is also Italian, meaning twenty, and referring to the fact that such a cup holds 20 fluid ounces (guess what trenta means). Cynical and somewhat pretentious nomenclature, yes, but I guess some people do consider it the most beautiful language in the world, and the Italians do make pretty good coffee…