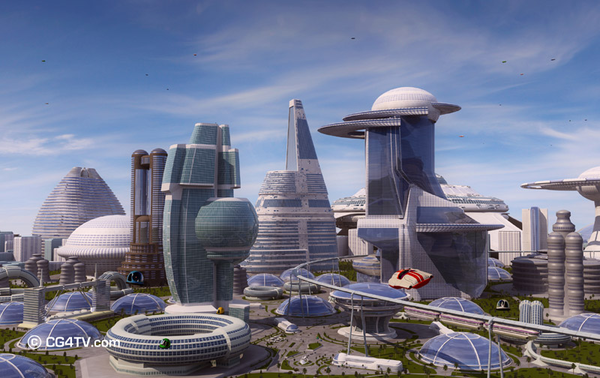 How much money have you put aside for a rainy day? Actually don’t answer that: I’d never really ask such a question anyway. But have you ever considered that your native tongue might influence your ability to save money?

That’s the hypothesis of behavioural economist Keith Chen in the following TED Talk (summary below if you can’t watch):

To summarise: he explains how languages can be divided into two types: future languages, and futureless languages. The latter might sound ominous, but the distinction is a purely grammatical one. A futureless language is one in which no grammatical change is necessary to indicate that you’re talking about the future. In languages such as German, Dutch, and Chinese, for example, you don’t need to conjugate verbs when referring to the future. One could use the equivalent of something like I go to work tomorrow or It rain next week. Other languages such as French are futured languages, because one needs to conjugate a verb to indicate that one is talking about the future. Je travail, for example, is I work, whereas Je travaillerai means I will work.

Which camp does English fall into? Chen identifies English as a futured language, and while if I had to choose one or the other I’d call it a futured language, it’s a little more complex than that. Some linguists might take issue with defining English as futured, because English actually has no future tense. In a strict sense anyway, because there are no unique forms of verbs which indicate the future. We do, however, still have to make some grammatical changes to refer to the future. We can put will or going to before our verb for example, so there is some grammatical work involved.

Chen’s idea is that this extra grammatical effort creates a subtle but influential distinction between the present and the future in the minds of futured-language speakers. This therefore makes the future seem more distant from the present. Because futureless-language speakers, on the other hand, use the same verb forms for the present and future (and often the past too), Chen suggests that the future feels much closer to them. Therefore they’re more likely to save more money, because the future seems more immediate. Speakers of languages are less likely to save, because the future seems more distant, and therefore less of a priority to save for.

There is a logic to it. The general idea makes sense to me, and Chen provides a graph of percentage of GDP saved by OECD countries, which shows that countries with futureless languages generally save more money. And smoke less and use condoms more often too! But I think that specific cultural effects have their influence too. Irish people save more than many other futured-language-speaking countries, but I think that’s largely due to a tendency to buy houses rather than rent apartments, therefore requiring people to save for a deposit. That’s not to say that language has no influence, because I do believe that the language we use affects the way we think, and therefore the way we behave.

To an extent though, and as I said, English isn’t quite as futured as other languages, so I think its effect on people’s ability to save money isn’t necessarily so strong. In fact, it’s not unusual to use present tenses to refer to the future. If you’re referring to a social arrangement, you can say I’m meeting someone for dinner tomorrow night. In this case we’re using the present continuous tense, because the certainty of the arrangement makes it seem more real.

We can also use the present simple to refer to timetabled events: the plane leaves at 8 tomorrow. Like with the present continuous, the fact that it’s timetabled makes it seem more like it will happen, and therefore more real and present.

Whatever about Chen’s idea about saving money, it is interesting to think about the way we talk about the future in English. I agree with Chen that we think about it as being distant, which is evident in the fact that we use a lot of the same language to talk about the future (and the past) as we do to talk about physical distance. Both past and future can be near, far, or distant. Which makes sense, I think. As time is abstract and hard to pin down, imagining it as a line moving forward along a straight path helps us to conceptualise it. How long that path is might indeed affect how much money we save. Maybe not more than other cultural influences, but you still might want to start brushing up on your Dutch or German if you want to put a little more aside each month!

6 thoughts on “The Future is Now”