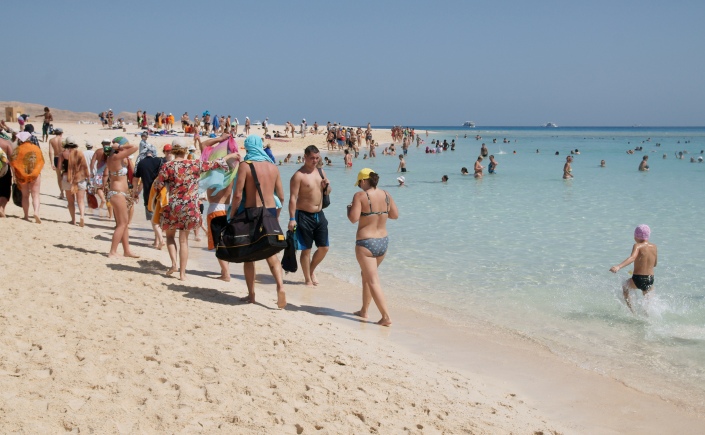 It’s something we might think about before going on holiday: oh, I should learn a few phrases of the local language before I go! And sometimes we do just that: maybe get a phrasebook, or peruse the little section on useful phrases in the Lonely Planet guide a few times. Or we do a quick Google the night before or at the airport because we’d completely forgotten about it until then.

The first, the one we really hope for, goes like this:

You walk into a bar in Paris, footsore after walking around sightseeing, and tentatively say: Bonjour, un vin blanc, s’il vous plait. The waiter says: Oui, bien sûr, pours the wine, gives it to you, and says Quatre euro quatre-vingt dix-huit which you don’t understand but that’s ok because you’d breathed a sigh of relief as soon as you’d seen that the prices on the till’s display were visible to the customers  so you know it costs €4.80 (you’re in Paris, what do you expect? You pay, say merci, and slip over to your seat, relieved that you got away with it.

You walk into a bar in Paris, footsore after walking around sightseeing, and tentatively say: Bonjour, un vin blanc, s’il vous plait. The waiter says: Oui, bien sûr, nous avons un Sémillon et un Muscadet. Le Sémillon est un peu sec, et le Muscadet est assez sucré. Moi, je préfère le Sémillon, mais vous pouvez faire votre choix. To which you can only reply: Uh, white, white wine? Vino? And the waiter instantly replies, Ah yes sir, we have a Sémillon and etc. And when you get to your seat you ask yourself why you didn’t just use English from the start.

So in the end, is it really worth learning a little of the local language? It’s tricky to answer definitively, and of course it always depends on where you’re going. But generally, once you speak English, you’ll probably manage just fine in a lot of places around the world, especially the most popular tourist destinations. And I’d wager that most English speakers going on holiday don’t give any serious thought to learning the local language. If, for example, you’re going to spend two weeks in the Costa Del Sol going back and forth between the beach and the Irish pub where you watch English football, a little bit of Spanish isn’t really going to be a necessity. It’s the stereotype of the arrogance of the English speaker, but there is some truth to it. Most people working in popular tourist destinations are expected to have a high level of English. Not just for speaking with English speakers, but also speakers of other languages who can communicate through English as a lingua franca.

But, I think there’s still some value to learning a little of the local language. If you’re staying away from the beaten track, it might be necessary. Even then, you might find yourself in a situation where you don’t have enough of the language for any meaningful communication, but it’s not too hard to memorise enough for the basics: ordering food and so on. And it’s actually important not to show off. I understand the desire to pronounce things perfectly, and maybe learn some local informal slang that will impress people. The problem with that is, that you’re giving an inaccurate sense of your ability in the language, and people you’re speaking to will not only reply in their native tongue, but speak fluently and with expressions you won’t have a hope of understanding.

I found myself in something of a situation like this last year when I spent a few days in Barcelona. I decided not only to learn some useful Spanish phrases, but some Catalan too. But even using si us plau instead of por favor when buying something made people think I spoke at least a little Catalan, and they would then ask something in Catalan. Because, they probably thought, this guy must speak a little, because what tourists ever bother learning Catalan? So I’d have to switch to English. Which is why I think it’s best to make it really clear that you’re a tourist by not overdoing the accent, and keeping things really simple. In the best-case scenario, the person will respond in English, but still be grateful that you made the effort to use their language.

And I think that’s the most important thing: generating goodwill. Most people dealing with tourists don’t expect people staying in their country for a week to learn enough of the language to be comfortable carrying on a conversation. And they won’t want to waste their time with a well-intentioned tourist struggling to put a complex sentence together, and not getting their meaning across, when they can both speak English perfectly well. But if they see that someone has taken a little time to make an effort with their language, most people will appreciate that little bit of consideration. We can be quite attached to our native tongue, so it’s often pleasing when we someone giving it some regard. And we probably all know how nerve-wracking it is to order something in another language, so it puts a smile on our face when we’re on the other side of that situation, and we can put that person at ease.

That’s the perspective of an English speaker anyway, but I’m curious as to what it’s like for speakers of other languages, either on holiday in English-speaking countries or otherwise, so feel free to share your thoughts, si us plau!