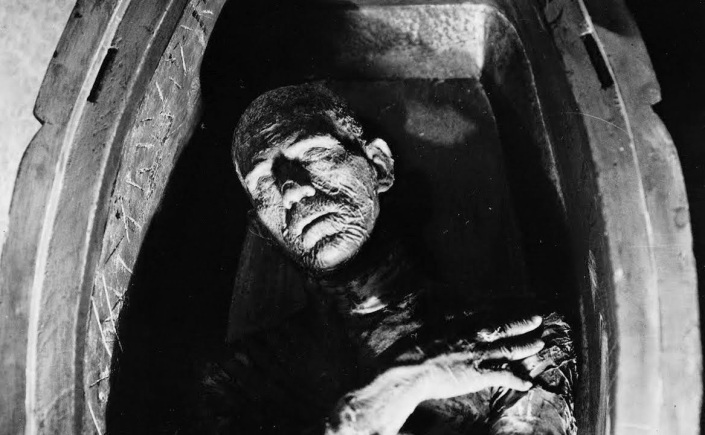 Q: What did the Ancient Egyptian postman say to the boy?
A: “Hey, fellow, is your mummy home?”

Christmas-cracker-joke writers and unfunny uncles have long delighted in the double meanings of the word mummy. I thought about this coincidence a little recently with the release of the bland new Tom Cruise mummy film.

Unsurprisingly, there’s no link between mummy in the Ancient-Egyptian sense, and to refer to a mother. Mummy in the shambling-around-in-bandages sense is derived from the Persian word mūm  which referred to both an embalmed corpse and the embalming substance involved in the process of mummification. The other sense of the word mummy though, I find much more interesting.

It’s not really possible to trace the etymology of mummy, mommy, or similar words in other languages such as maman (French), mamma (Italian), or māma (Mandarin Chinese). As the similarities of these words in otherwise very different languages suggests, they’re derived from perhaps the most basic, pre-linguistic sounds we make as infants (the same also applies to words for father like papa, baba, dada). Variations of ma and pa are generally the first sounds (known as babble words) that babies make. Some scientists believe that ma and pa were among the first two sounds ever made by humans as we developed speech.

This wouldn’t surprise me, as they’re very simple sounds to form. You don’t need to involve your tongue, teeth, or the roof of your mouth: you just need to push air between your lips. The prevailing theory is that parents hear these first utterances and, in eternal human narcissism, apply these sounds to themselves. Although, even though at that point babies aren’t really capable of making a variety of sounds, if they are using sounds like ma and pa to refer to anything at all, it probably is to refer to their parents (what else have they got going on in their lives?). It’s difficult to pinpoint when children transition from babbling to recognisable language, but it’s pretty clear that by repeating words like mama and dada, and creating an association between them and the roles of mother and father, we take these pre-linguistic sounds and enter them into children’s lexicon.

Interestingly though, despite how universal and basic such words are, we still get attached to our own particular versions of them. In Ireland for example, young children tend to use either mammy, mummy, or mommy, which then evolve into mam, mum, and mom. These are generally identified as Hiberno-English (mammy), British English (mummy) and American English (mommy). I think the variety is due to our exposure to Irish, British, and American culture and language from an early age. People get very defensive about whatever one they grew up using, usually criticising mommy or mummy as too American/British, or mammy as being too old-fashioned. This is of course understandable. We’re always going to defend the way we speak, even more so when it’s the language of our childhood which we used to refer to our mother. It’s hard to get more personal than that.

There are even more crucial connotations to words for mother though. Mammy, for example, is quite an innocent word in Ireland, but in the United States it has much more offensive connotation, as it was used to refer to stereotypical depictions of African-American nursemaids to white children (think of the woman always chasing “Thomas!!” in the Tom and Jerry cartoons). It’s interesting how a word can be so innocent in one context, and so burdened down by history and prejudice in another. Even just looking at how we cling to our own words for parents, despite them all being basically the same, might seem bizarre.

But that’s basically what language is. We take basic sounds and apply meaning to them based on our own personal perspective. We then add a whole other system of orders of meaning , based still on our personal life but expanding outward into other concepts like family, tribe, class, ethnicity, and nationality. This is what we always do unconsciously with language, but the process is a little more apparent with words like mummy because the link with our first babbling efforts as babies is more evident. It’s amazing really, to think how complex yet simultaneously simple language as a concept is, that in not so many years we can evolve from our first utterances of ma to the knowledge needed to understand the wordplay involved in a bad joke, without really being aware of the amazing linguistic progress we’ve made in the meantime. It makes you really appreciate those terrible Christmas-cracker jokes, and the thousands of years of linguistic development that have gone into them!

14 thoughts on “The Mummy, Mammy, and Mommy”