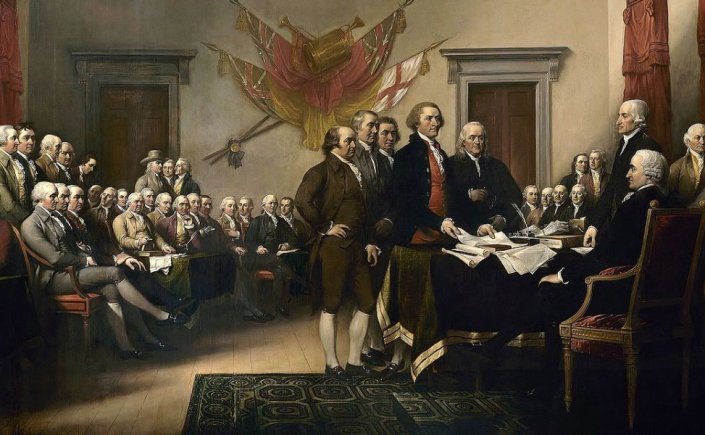 Happy Fourth of July to all of my American readers (about 50% of all my lovely readers)! I hope you’re enjoying celebrating your independence, and I certainly hope that you appreciate that I’m publishing a second article today just for you. You see, I’ve got into a habit of writing articles in the evening (it’s currently 8PM GMT summertime), but scheduling them to be published the following morning, so I don’t have the pressure of having to finish it quickly that evening. That’s why I published an article about Wimbledon on the second day of the tournament. But I thought I couldn’t possibly publish an article about the Fourth of July on the fifth, so here we are.

I originally thought about writing about some uniquely American words, or American English more generally, but I’ve already written about that, and there’s not much to be said there that you don’t already know about. But then at some point this afternoon, I was struck by a thought: why do Americans call it the Fourth of July, when normally they use the other format to refer to dates? Why not July Fourth?

It seems somewhat ironic that the celebration of independence from British rule would use the British English date format. So to flex my analytical muscles, and strain a metaphor, I’ve decided to think this curiosity through, rather than just Googling it.

The first thing that occured to me as a possible answer was that people first started referring to it as a momentous date in 1776, when most people in America would still have used many British terms in their language, with modern American English establishing itself in the following years. So at the time, people would have referred to the date in the British format, with the day before the month, and it’s stuck since then.

I also think it’s simply a case of wanting to make the date stand out from the 364 others in the year. July 4th sounds like any other date, but Fourth of July! Well that immediately draws attention to itself, doesn’t it? And I don’t think that’s just a case of it being in a different format. I think it also sounds special because the structure of the Fourth of July is very Latin, and we still have an unconscious respect for Latin.

So to me at least, there’s a fairly logical reason why the American Independence Day sounds strangely British. A little food for thought perhaps, as you enjoy some literal food and maybe some fireworks, on this day to celebrate the noble ideals of the American Declaration of Independence. If you’re celebrating today, have fun, and cherish that freedom!

One thought on “Happy Fourth of July!”