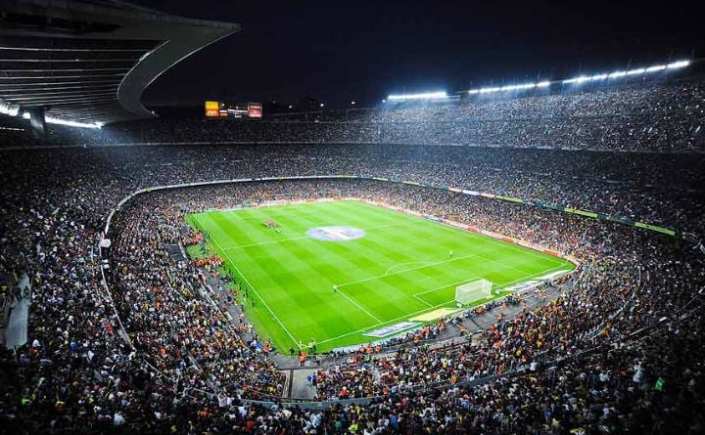 Another brief thought about gin and tonic. Yesterday evening, it occurred to me that another factor in the drink being called gin tonic in so many languages might be a knowledge of the English language’s fondness for forming compound nouns. People might hear what sounds like gin tonic or perhaps ginnentonic, and just assume that we’d just pressed the two words together, as we’re wont to do.

As I’ve said before, compound nouns are often tricky for learners of English, particularly speakers of Latin languages, who often use a noun+of (the)+noun construction in their native tongue, when we English speakers form a compound noun. It might seem then that forming a compound noun should be easy to learn: instead of saying something of the something, just put the two words together. Done! Except of course, it’s not quite so simple.

Take for example a very common type of sentence uttered by an English learner:

I went to the stadium of football to look at the match.

That’s pretty easy to correct: it’s football stadium, not stadium of football, and we watch a match, not look at it. But what about this:

After, I went to the house of my brother.

Again, it’s easy to provide a correction: Afterwards, I went to my brother’s house. But what’s likely to happen next is that the student will ask:

But teacher, why don’t we say football’s stadium?

And saying something like football’s stadium is actually a fairly common type of mistake. A native speaker will of course know straight away that that’s wrong, and maybe even be able to explain that it would mean that stadium belongs to the football. Which (barring the possible existence of some eccentric billionaire football-club owner who left the club to his favourite ball when he died, which I now hope has happened at least once) is impossible.

But this where we run into the difficulties of this for learners: something of the something doesn’t always have the same meaning. The most straightforward use of this structure is to refer to possession (the house of my brother), for which we normally use a construction with an apostrophe+s (my brother’s house), unless we want to be poetic or very formal. So if someone makes  a mistake with this, we can easily tell them or remind them to use the apostrophe.

But then, they’re later talking about their trip to the stadium of… and they stop themselves, remember your wise counsel, and say… football’s stadium! Fixing this is trickier. We can simply say that we only use ‘s when referring to possession, but it would still help learners to understand why stade de foot, for example, becomes football stadium. It’s hard to explain why in this case, because it gets a little abstract. In a compound noun like this, the second word is what the thing fundamentally is (it’s a stadium), and the first word acts to define or describe it. It’s a stadium where football matches are played: a stadium of football.  You can apply this principle to most other compound nouns (maths teacher, movie theatre, chicken wings etc.).

That can be tricky to get across though, and tricky for a learner to remember in the moment when they’re searching for their words. The simplest way to get it across is that the second part of the word is the one you really need (compare the difference between a football and a stadium), but a lot of people get hung up on the misconception that …of the… must always become ‘s. There is something of a link between these two forms. If you think about it, my brother’s works to describe the house in a sense, as football describes the stadium. Which is why a lot of European languages use the same structure for both.  But again, it’s not a catchy notion. And that’s without getting into the fact that the first word in a compound noun is almost always singular, regardless of whether it refers to multiple entities (a lion tamer would be much happier if he only had to tame one lion).

So people will go on talking about football’s stadiums, and getting confused about which way to order the components of a compound noun (I saw a café yesterday called Le Time Break). It’s not a big deal really. It’s more likely to make someone sound slightly too formal, rather than incomprehensible. And it’s one tricky aspect of a language that has many other things that are much easier to pick up. Still, it’s worth thinking about how the basic things we take for granted can be a struggle for others.