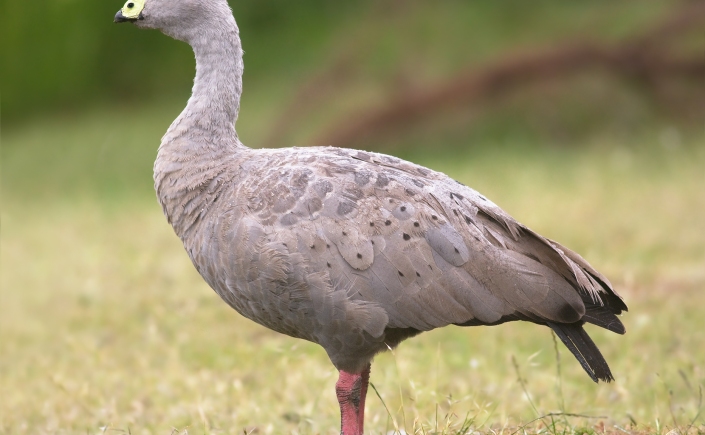 …is good for the gander.

A gander of course, being a male goose. And what’s the term for a female goose?

Why simply, goose. Isn’t it curious that we sometimes use the terms for female animals as the name for the animal in general? Despite the traces of male bias in English, this is one area in which female terms dominate.

We call all ducks ducks (female), and not drakes (male). The average cow is a cow, and not a bull. Yet when we refer to people, terms that could technically be classified as male dominate (teacher, writer, creator etc.)

There’s probably a fairly practical explanation for this. Animal breeders (and dairy producers) would usually have a larger number of female animals, and they would therefore simply get more used to using the female term.

In fact, you could even see the predominance of female terms as paternalistic. By maintaining masculine terms just for actual male animals, who are fewer in number, it makes them select, privileged terms, denoting the special status of the males. Think of how we use the term stud. It can strictly refer to any animal, male or female, kept for breeding. However, we usually use it to refer to a male, and of course that use evolved to refer to a sexually-successful man.

The female term though, is used to refer to the general herd. There’s nothing remarkable about them: they’re just there for the stud to have his way with them.

I’m not saying there’s conscious sexism going on here by the way, and this manner of using terminology for animals may not be sexist at all. After all, it does mean that in the case of some animals, the female term has come to refer to the animal in general. And the expression What’s good for the goose is good for the gander is about equality. Still, it’s worth considering whether centuries of living in largely patriarchal cultures has affected this aspect of our language.

An interesting sidenote to all this, by the way, is that most animals have distinct male and female terms, usually both separate from the general name. You might know that a male cat is a tomcat, but did you know that a female is a queen? I think somehow they’ve always known. The strangest thing about these names is that there aren’t so many of them, and a lot are used with many different animals. Bull, cow, and calf for example, can also be used to refer to whales, camels, and crocodiles. A female jellyfish is a sow, and a male is a boar, just like pigs, bizarrely. And salmon are divided between hens and cocks! For more, have a gander here.