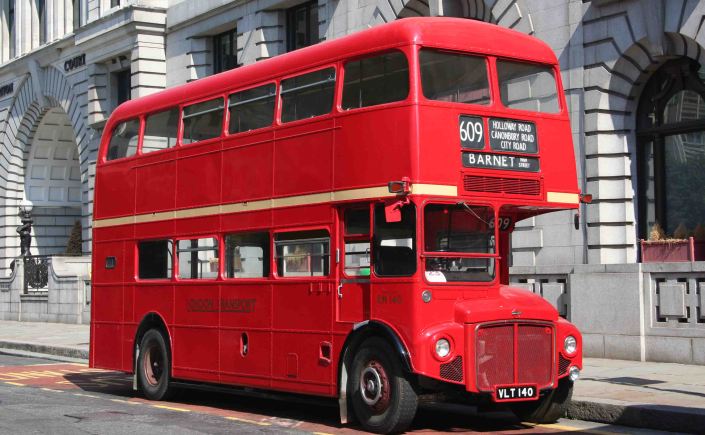 Did you know that the word bus is an abbreviation?

Maybe you did. I never like to assume a lack of knowledge on your part, dear reader, and it’s certainly possible that you did know it’s an abbreviation, if you’ve read much literature from the early 20th century.

If you have, then you’ll probably have seen such a vehicle referred to as an omnibus. This comes via French from the Latin omnibus (for all), the dative plural form of omnis (all).

We still use omnibus in English occasionally. I first noticed it in omnibus editions of soap operas on Sunday afternoons, which show every episode shown earlier in the week. It can also be used to refer to all the books in a series collected together.

It’s a pretty logical name for a bus, for all, but it is a little funny to think that the part we retain is just a particular adjective ending indicating plurality and the dative case. It’d be a little like another language taking an English past-simple verb or adjective and just keeping the -ed part.

It’s also a little funny that the other main form of city transport, the taxi, is also an abbreviation. But then if you always had to say you were going to take the omnibus or a taximeter cabriolet, you’d never have the time to get anywhere, would you?