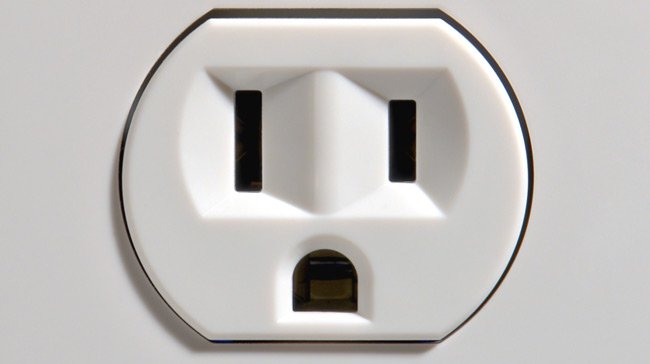 I heard both of these utterances at the weekend: the first in a pub on Saturday, and the second on a bus on Sunday. Nothing strange about that, except for one thing: in both cases the people were lying!!!

I noticed pretty soon after starting to teach English that learners often have trouble with the word socket. And by trouble I mean no-one knows it, though the word plug is familiar to a lot of learners (this is also generally the case with learners of other languages – just ask me for the Italian or French for socket, I dare you).

What I find odd though, is that so many native speakers (like the people I overheard at the weekend) use the word plug instead of socket. If it were simply a case of socket being an obscure word most people don’t know I’d understand, but it’s a pretty well-known word, I think, even if no-one seems to use it. And I sometimes feel myself almost using plug instead of socket, so this isn’t something I’m complaining about.

No, there’s something else going on.

Is it just that socket sounds kind of technical, like some odd instrument that you know the name of, but would never really use? Like sprocket. But then, we don’t have any problems with rocket. Or pocket.

I think I certainly understand why we call sockets plugs, and not vice versa, at least. The plug is the thing we always pick up, and handle, and move. It’s the active part, whereas the socket just sits there, passively, waiting patiently to receive the plug. The plug is just going to be more present in our minds.

And maybe, because the two always go together, we think of them as one object, split into two parts. And we call that object a plug, because that’s the part we always have in our hands.

Or, maybe, there’s no reason behind it at all. Still, I’m curious to know if you make this mistake, or if it’s something people do in your native tongue, if you’re not a native English speaker.

7 thoughts on “Socket to Me”