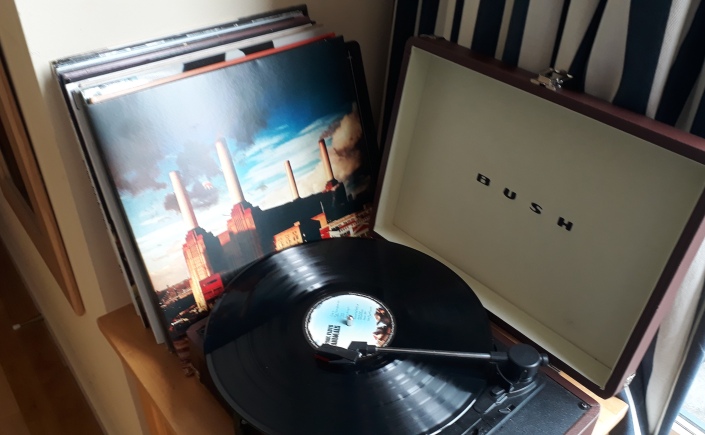 I was listening to my newest musical purchase, Pink Floyd’s Animals, today (I’m hip to the music of 1977).

The song “Pigs (Three Different Ones)” contains the lines:

Ha ha, charade you are.

If you’re familiar with late-seventies British society, you might know that this refers to Mary Whitehouse. Whitehouse was an extremely conservative campaigner who sought to censor a lot of art and media, particularly television, based on her evangelical Christian beliefs. In the song, the band were criticising her moralising and attempts to control what people had access to.

What I was struck by, of course, was her surname. A common one, that I’d come across many times, but I’d never really thought about it before. It seemed obviously enough, like most English-language surnames, to have had a pretty mundane origin. I assume that at some point in the past, one of her distant ancestors lived in a white house, and were so associated with this house (maybe it was a really nice one) that Whitehouse became their surname.

Nothing unusual there, nothing very different from how a lot of surnames came about. But then I thought: why aren’t there surnames based on houses of other colours? There’s no Bluehouse, no Redhouse, Blackhouse, Greenhouse etc. Why is that?

I have a theory. Painting houses is a pretty recent phenomenom, much more modern than the times when getting a surname was a novelty. Having an unusually-coloured house at the time would have been pretty rare, as most people wouldn’t have been able to afford the service. Some though, might have used whitish stone to build their houses, which would’ve stood out. Or, they used whitewash, a pretty simple type of paint made from lime and chalk. These people then got the name Whitehouse, and there simply weren’t many houses of other notable colours.

Of course that might all be nonsense, but it’s my theory at least. There are other -house surnames though. Moorhouse and Woodhouse/Wodehouse, for example, whose origins are pretty clear. While Woodhouse is basically a variation of Woodhouse, there is a popular belief that the etymology of Wodehouse actually comes from the familial coat of arms, which features two wild men, or woodwose, from Old English. And there’s Waterhouse, which simply came from someone having a house by the water.

Not related to Water though, is the surname Waters, as in Roger Waters of Pink Floyd. It’s actually derived from an old pronunciation of Gauthier or Walter, and is therefore basically the same in meaning as Walters, Watson, or Walterson/Waterson.

And while we’re on the subject of names, how did the band come up with the name Pink Floyd?

I hope you’re not too disappointed to learn that there was no historical Pink Floyd. The name was devised by founding member Syd Barrett in 1965. They had orginally been known as the Tea Set, but shortly before a gig, the band discovered that another band with the same name would be playing at the same gig. On the spur of the moment, Barrett created the name the Pink Floyd Sound, based on the names of two blues musicians he had in his collection: Pink Anderson and Floyd Council.

Mary Whitehouse was probably not in attendance at the gig.

7 thoughts on “Hey you, Whitehouse!”