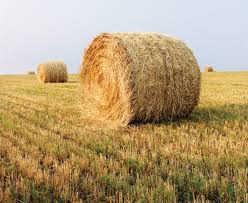 Yesterday, I was briefly worried that my phone had gone haywire (don’t worry, it’s OK). Once I’d realised it was OK, I then thought, Haywire: that’s a funny word, isn’t it?

Is it just a compound noun, made up of hay and wire? If so, what would the link between the two be? Maybe it refers to the fact that if a machine had hay instead of wire, it wouldn’t work well, and would in fact, go haywire.

Hhm, it’s usually not that simple though, I thought. I’m sure it has a more complex etymology. Maybe wire was originally wise, in the sense of a certain way (like clockwise, edgewise, likewise etc.).

So I set out to discover the truth, and it turns out that I was almost right with my first thought (always trust your instincts). Of course, haywire was originally coined in the 19th century to refer quite simply to wire used to contain bales of hay. But in the early 20th century, it began to be used in American English with the modern meaning we’re used to. It may have been in reference to the use of cheap haywire instead of copper wire in makeshift repairs in New England lumber mills.

And now I really want to open up my phone to make sure everything’s not connected by haywire!