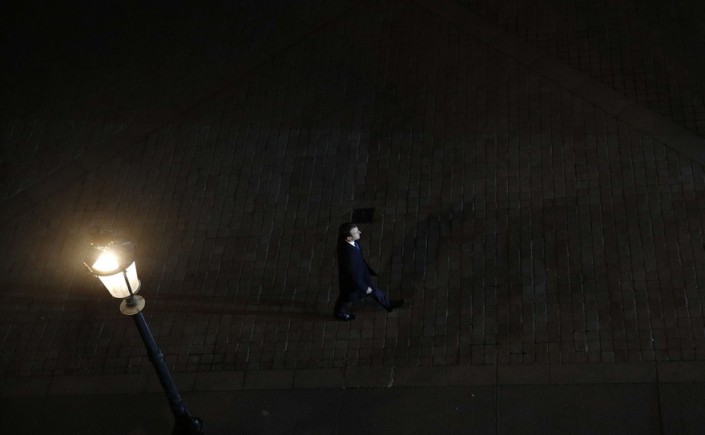 Emmanuel Macron will be inaugurated as French president today, so congratulations to him. We’ll be hearing his name a lot over the next five years, and perhaps more, but we probably won’t be hearing it pronounced exactly the same way.

For most of us, it probably seems pretty straightforward. Looking it, especially from an English-speaking perspective, we can probably imagine that it sounds pretty much as it looks. Two syllables, Mac as in Macintosh, and ron as in, well, Ron. Even if we passively listen to a French speaker, that’s what we might hear. But cast your ears over the following video from French TV, and really notice how they say it:

There are a few differences from how we’d pronounce it if it were an English name. First, even though the second syllable is the stressed one, there’s still a noticeable emphasis on the first part. It’s not Muh-cron, it’s Mah-cron. But most importantly, the sound of the -on is very different. The O is very clipped, a sound quite common in French, but not found in English. And the N has a pronunciation that’s very strange to English speakers. It’s kind of half-pronounced, somewhere between being silent and being fully pronounced.

Now I don’t mean to criticize those who don’t pronounce the name exactly as native French speakers do. Why should I expect someone not comfortable with French to adopt the exact features of the language’s pronunciation? But I’m curious about how we pronounce words from other languages. I’ve thought about this before, but I was inspired to write specifically about M. Macron after watching a recent episode of the popular French news/chat programme Quotidien. While reporting on his victory in the election, they featured a selection of clips of various foreign reporters pronouncing his name, with subtitles spelling their wildly-varying efforts phonetically (from a French perspective). I wasn’t sure of the tone of the section at first: were they mocking their pronunciation, annoyed, or simply finding it funny while understanding that it was only natural non-French speakers would not pronounce his name perfectly? I choose to think it was the latter, as unlike other similar French programmes, the humour of Quotidien isn’t usually mean-spirited. Plus, immediately after, they were speaking with a guest about the firing of FBI Director Zhemmes Cummay, so it would be bit rich to mock the pronunciation of Macron taking that into account!

I had mixed feelings thinking about this, because I think we have an instinct to notice when someone pronounces something differently, and we feel that it’s not really correct. But I also understand why we pronounce things differently. As I’ve written about before, we’re not always comfortable pronouncing words from other languages. This is particularly true if a word features sounds not found in our native tongue, as Macron does for English speakers, and Comey for French speakers. It can be quite embarrassing to put yourself out of your comfort zone, and use sounds you don’t normally use. But no matter much I understand this, I still feel a moment of exasperation whenever I hear an English name pronounced differently on French or Belgian TV and radio. And no matter how well-intended the piece on Quotidien, I’m sure at heart there was an element of incredulity at these foreigners’ mispronunciation of a simple two-syllable name.

Because no matter how liberal we are, we get tribal about our own language. It’s part of who we are, and we don’t like it when people do it differently, even when we completely understand why they do so. My idea for dealing with this is to file acceptable variations under “Accent.” If someone pronounces Macron without stressing the A at all, and pronouncing the N fully, I think it’s close enough to the exact pronunciation to be considered to be simply being said in an English-language accent, getting as close as possible to a French-speaker’s accent while using only sounds found in English. It’s simply the nature of our globalised word that we’re going to encounter and pronounce foreign names more commonly. As long as we make a decent effort to pronounce a name, I think that’s enough. Equally, we also need to accept how difficult it might be for speakers of other languages to pronounce words from our own. With the caveat of course that if someone pronounces something in a really funny way, it’s ok to laugh. We have to have some fun sometimes after all.