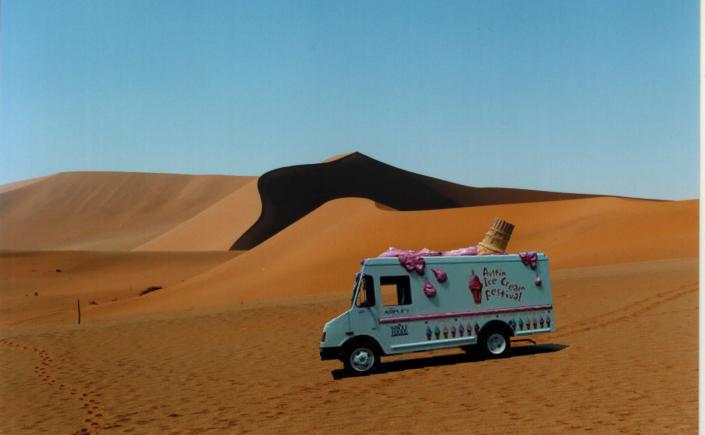 This post is inspired by two common and related questions I often see posed online:

Before answering (and mercifully, the answer to both questions is the same, and quite simple), let’s have a look at what word stress actually is.

When we refer to word stress, we’re actually talking about emphasising specific syllables within a word. When we’re interested in which words are stressed in sentences, we talk about sentence stress. Word stress is something you pick up naturally in your native tongue, so most people don’t really think about it. Some people even claim that they don’t stress syllables at all. But you do. Every time you utter a word of more than syllable, you’re stressing one syllable. (A note: obviously stress doesn’t really apply to monosyllabic words, so for expediency, from now on I’m not going to mention them).

For example, consider the word capital. It has three syllables: ca/pi/tal. One of these syllables is stressed, so take a moment to think about which one that is. Say the word out loud. If you said /ca/, you’re correct! You’ve probably never been conscious of stressing that syllable before, but if you listen to the word now, it should be clear enough that we stress that syllable. You can hear your voice get louder and more emphatic on that syllable, and that’s the most obvious aspect of word stress. Before we continue, take a moment to look around you, and think about what the stressed syllable is in each word for everything you can see. It should be fairly easy now you’re thinking about it, but if you’re not sure about a certain word, try making your voice go up on each syllable in turn. That should make it fairly clear where the stress is (probably in the mind of your roommate sick of you repeating sofa over and over).

Note that I told you to think about what the stressed syllable is, because in English words, there’s always only one. Though I admit it’s not always obvious, and we’ll see why soon. The second important aspect of word stress is the sound of the vowel. In stressed syllables, we give the vowel its strong form, which is long and emphatic, and usually the sound you most associate with that letter. Consider that first A again in capital. Unstressed vowels are shorter and less emphatic, and often take the form of the schwa. The schwa is represented by this symbol: ə. It’s the most common sound in English, and its sound might also be well represented by “uh.” Just with a very soft U sound, This is the sound of the I and the second A in capital. Or the second syllable in apple, and the last syllable in computer. Take a moment to play around with capital, emphasising one syllable in turn, while using the schwa for the other two. Sounds weird, doesn’t it?

So now, back to our two questions, and hopefully by now it’s clear that the answer to both is No. But let’s look at them both briefly:

As I said above, every word has only one stressed syllable. Very long words might have some syllables stressed more than others, but there’s always one that’s clearly the most stressed. However, some people point to compound nouns as words with equal stress. Consider football, or railroad. At the very least, it’s more difficult to notice where the stress is here, isn’t it? The reason for this is that both vowel sounds have their strong form in each word. And the reason for that is, the invidual words that make up each compound noun (e.g rail and road) have the strong form when used on their own. Despite that though, there’s still a fairly clear stress on the first syllable in both football and railroad (and in compound nouns in general). Remember that stress involves both a strong vowel sound and our voice being louder and more emphatic, and both aspects are present only in the first syllable of both words.

Other words feature strong vowel sounds in unstressed syllables. Consider banana. The middle A is stressed, but while the first A has the schwa sound, the third has the strong A sound. The simple practical reason for this is that the schwa sound is so short, it sounds strange to end a word with it, so we use the strong A sound. Again though, our voice is louder and more emphatic on the second A.

All that being said, if you do some basic googling, you’ll find a lot of people still arguing that some words have equally stressed syllables, and they’ll often use the word amen as an example. Now this is a tough one, but even so, to me the stress is on the second syllable. Granted though, there’s not a huge difference. But if you were hellbent on pronouncing a word with two stressed syllables, the only way you could do so would be to put a noticeable pause between both syllables, in which case you’d be pronouncing them like two separate words, according to the conventions of English pronunciation.

2. Can an English word have no stressed syllables?

Well, this is something that’s basically impossible. It’s hard to even conceive of what that would sound like. An unstressed syllable only exists in contrast to a stressed one. Even monosyllabic words usually use strong vowel sounds, so if you insisted on defining them as either stressed or unstressed, you’d have to go for stressed. But try pronouncing any longer word with no stressed syllables. No matter how monotone your voice is, it’s still hard not to go up on one syllable. Again, you could pronounce each syllable separately, but then it’s not a coherent word anymore.

There are general patterns to word stress in English, but if you’re a native speaker, you don’t need to know them, as I’m quite confident you’ve been stressing syllables correctly for a long time. Word stress is quite tricky for English learners though. First of all, most languages have their own patterns, and people will often transfer these patterns to English. In French for example, the last syllable of a word is usually stressed. Strong and weak vowel sounds are especially tricky, particularly for speakers of Romance languages. Even though these languages still stress syllables, they still generally use strong vowel forms for every vowel sound (and often pronounce the letter I as “ee”). Imagine someone saying the word capital with a stereotypically strong Spanish or Italian accent, for example: cApEEtAl! These repeated strong sounds are what give us the stereotypical impression of these languages as having a ra-ta-ta machine-gun sound. And for learners of these languages it makes it much harder to identify and remember which syllables are stressed in English words.

This is ok at lower levels, where comprehensibility is much more important. For someone using English in a professional situation however, such pronunciation might not make a good impression on a native speaker, to whom it might sound slow and also loud. And word stress is something I don’t think students focus on enough. It’s common to meet someone with a generally high level of English who still stresses syllables incorrectly, and thereore gives the impression that their English isn’t that good, which is a pity. So if you’re not a native speaker, it’s considering where you’re putting the stress in words.

Besides, word stress can also change the meaning of what you say: would you rather get lost in the desert, or in the dessert? I know which would stress me more!