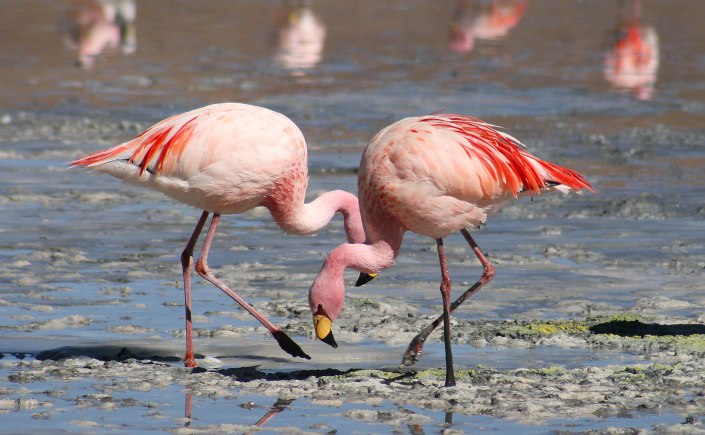 A little earlier, I came across the following video:

I have mixed feelings about Jonny’s mistake. He was probably nervous, being in a competitive gameshow on TV. Sometimes even when we feel comfortable the wrong word comes out, beyond our control. As soon as it comes out we know it’s wrong, but it’s too late to do anything about it.

On the other hand though: come on, it’s written right there in front of you!

Anyway, I don’t think it was a slip of the tongue, mainly because of Jonny’s confused-puppy face. Look at him. He doesn’t understand why he was wrong, does he? I think he thought that that was flamingo written right there in front of him. Maybe he doesn’t read much, and has rarely ever seen the word, and assumed that that’s how it’s spelt. Or, maybe he thought it was flamingo, but then saw flamenco, and thought that maybe that’s how it’s actually spelt, having never heard of the dance called flamenco.

Still, at least Jonny can console himself with the fact that he was kind of right. Flamenco does actually mean flamingo in Spanish, after all. No-one’s quite sure where flamenco comes from. Some suggest it means flame-coloured, as flamingos are pink, like fire almost is, sometimes. Others suggest that, like many Spanish words, it comes from Arabic. Others still, suggest it comes from the name Fleming, which originally referred to someone from Flanders in Belgium.

Interesting as all that is though, I’m sure Jonny would rather have his money.