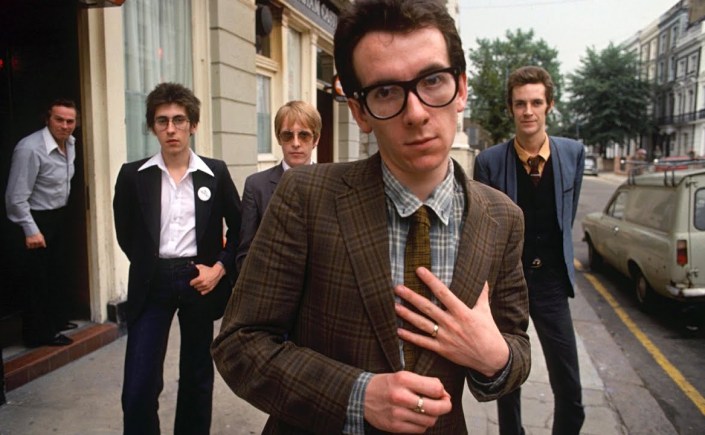 I’ve been listening to the album Armed Forces by Elvis Costello & the Attractions a lot recently (and currently listening to Kate Bush while drinking a glass of red wine: I think at some point I became someone’s mother without noticing). The album’s best-known song is undoubtedly “Oliver’s Army,” and every time I hear the song on the radio, I think, You never have that song much anymore.

The obvious explanation for that is the following section:

Only takes one itchy trigger,
One more widow, one less white n*gger

Yup, the N word. Though being prefaced by the word white does give it a little context, giving it a different meaning to the word on its own, to say the least. The term has a bit of history, being used in different contexts at different times to refer to various disadvantaged white populations.

Its presence in this song is generally believed to refer to its use to label Catholics in Northern Ireland during that region’s period of sustained violence known as the Troubles. There’s not much evidence for its use there though, and I personally think it refers to the young men from disadvantated backgrounds enlisted to serve in the British army (which is what the song as a whole is about).

Anyway, what I’m really thinking about is the fact that while the song isn’t played much on the radio anymore, whenever it is played, it’s usually never censored, regardless of the time of day.

The only significant time it was censored, on BBC Radio 6 Music in 2013, there was a strong public backlash. But why hadn’t it been censored before then? The N word is one of the most taboo words there is, so why is it OK for it be played publicly? I suspect in this specific case, the fact that it’s paired with white might help to lessen its impact, in some people’s eyes.

Still, I’ve noticed that censorship on the radio still isn’t generally as strong as on TV (no swearing before nine, and content warnings after then, here in Ireland at least). Maybe the simplest explanation is that we simply can’t hear words as clearly in a song compared to regular speech, or might even misinterpret them. I know I’d certainly never noticed the white n*gger part for years. This might also explain why the supermarket I worked in in college saw fit to play the uncensored album version of “Creep” by Radiohead (You’re so f*cking special).

Not actually seeing the person see the word also perhaps reduces its impact (and makes it harder to hear).

And maybe people are more willing to censor a word from a film or a TV programme because it’s just one word from many, and doesn’t really affect the overall work much.

But a song is short, and its words are limited, so changing or removing any is a bigger deal.

Whatever the reason, I’m glad I now own the album and can enjoy the song in full whenever I want.