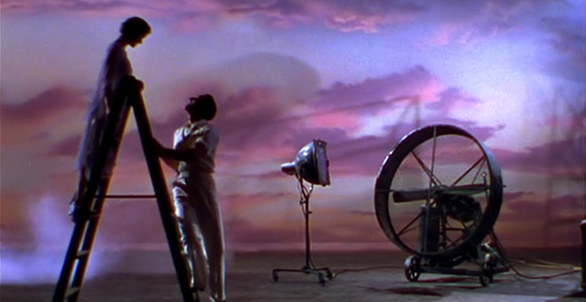 Do you want to catch a movie? Or maybe you’d prefer to watch a nice film? Of course they’re the same thing, objectively, but they’re not really the same, are they?

Strictly both movie and film are synonyms, but in reality, the word film has a much greater sense of sophistication than movie. Why is that? Firstly, I think it’s partly because the word is the same in French. Or at least it looks the same, but is pronounced differently. More French. And we do love French words: we’ve always thought of them as more sophisticated and romantic than our own. Movie, on the other hand, is 100% English, being an abbreviation of moving picture. Not only does it have a fairly everyday, purely English-language origin, but it’s a fairly informal slang term for popular entertainment. Plus, it’s link to the term moving pictures is less relevant, the more we get used to the novelty of seeing actual people moving about on a screen. We don’t refer to films as talkies anymore, so perhaps we’ll gradually let go of movie too.

Film therefore feels more like a real art form, conjuring up images of turtle-neck wearing Parisians smoking gauloises and reading Cahiers du Cinema outside bistros. The word movie perhaps reminds us too much of the industry’s commercial nature and rise to prominence in Hollywood, as well as a surfeit of informality in its origin as a pithy slang term. When you think of movies, you probably think of multiplexes and big buckets of popcorn.

I also think that the very sounds of the two words are important. Movie, with those two long consonants, sounds a little bit silly.  Particularly that first syllable. That /u:/ sound in general can never really be taken seriously, but how could you ever put your faith in a word when half of it is the same sound that a cow makes? Film, though, now there’s a classy word! One simply syllable (though it’s often two – fillum – for some Irish people), and the soft /l/ and /m/ sounds glide gently together. As is so often the case, the distinctions between words with slightly different meanings are all down to simply how they sound.

So while you might think that film and movie are always synonymous, there are some clear distinctions when you think about them. And these distinctions are the difference between a solid grasp of a language, and the intimate knowledge that native speakers (unconsciously) have. This is why I get annoyed by simplistic depictions of language teaching in fiction (I was recently reminded of Colin Firth in Love Actually repeating Portuguese sentences he listens to on a CD, but at least he isn’t shown to be fluent). Teaching a language is not just simply telling people what words mean: it’s also, especially at more advanced levels, about helping people to realise just how we actually use different words and expressions in specific cases.

Which is why I think that language teaching – done well – is a very difficult and important job, and why already knowing English is something I’m continually (not continuously) grateful for!

6 thoughts on “Film or Movie?”