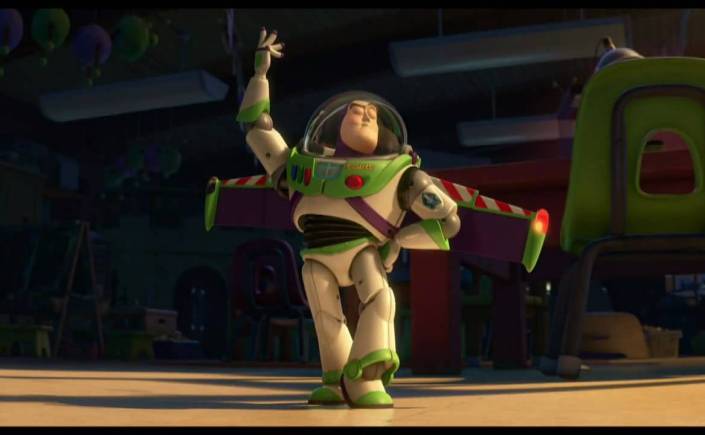 Or perhaps enemigo would be more appropriate!

I’m not an expert in Spanish by any means. But recently I found myself watching a brief clip from Toy Story 3 (I can’t for the life of me remember the context, but it was a YouTube video of some sorts). The clip was from when Buzz Lightyear’s accidentally had his voice (and personality: I have seen Toy Story 3) changed to Spanish. From this very brief clip, and memory of watching the film, I recognised that he was saying Are you a friend or an enemy!? Which was very interesting.

As I said, I don’t know much Spanish, but I recognised the word amigo, and it was followed by another word: enemigo. From context, it clearly meant enemy. This was also clear though, from the structure of the word, so similar as it is to the English enemy. But what really set the lightbulb over my head off was the similarity between amigo and enemigo. I realised that in Spanish, the word for enemy is effectively created by adding a negative prefix to the word amigo. It’s basically the equivalent of unfriend.

And straight away it hit me that the same is basically true of enemy. Obviously emy doesn’t sound like friend, but it sure sounds like the French ami (friend), as well as English words related to friendship, like amity and amicable. I was amazed this had never occured to me before, as once I’d realised it, it seemed so obvious.

The word enemy came into English from the Old French enemi, which traces its origin to the Latin inimicus, formed from adding the negative prefix in- to amicus (friend).

But the most important consequence of all this is the legitimisation of the word unfriended. Considering unfriend effectively existed in Latin, it’s got a much more august history than you might have expected!