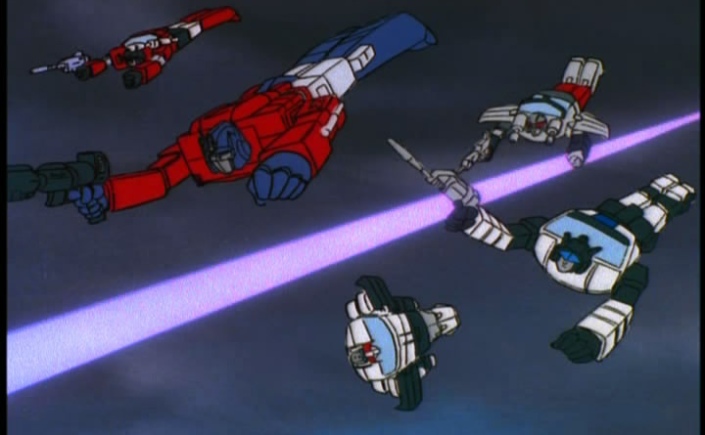 This was a common refrain of my childhood. From my lips, anyway, for you might recognise this as a mondegreen. Anyone familiar with 80s and 90s children’s cartoons/toys might know that I was mishearing the lyrics to the Transformers cartoon. The line of course should be robots in disguise.

It’s pretty simple actually, and indicative of how adaptable the sounds of the English language are. In actual speech, the two phrases are surprisingly similar. Without in, the th of the and D of disguise are quite distinct. But when we place in before either word, connected speech comes into play, and the way we link words together starts changing their sound. With in, we don’t enunciate the D as much as we would if there were a pause before it, so it’s not so different from the softer th sound. And even though I and E are different letters, in the words the and disguise they both share the same schwa sound. Then there’s K and G. Again, ordinarily they’re fairly distinct, but when the G is joined to the S before it, it has to lose the distinctive hard sound at the beginning to avoid an awkward pause.

And of course there’s the fact that the rhythm of a song is different from the rhythm of speech, which makes it harder to distinguish individual words, making us prone to these sorts of mistakes. But this example does show how malleable sounds are in English, and how letters don’t always sound exactly the same depending on context (the technical term for the slight variations on the individual sound of a letter is allophone).

Look at the S‘s in both words. In each, you’ve got two very distinct sounds for the letter S. The first has the classic S sound, but the second sounds like Z. And what about the ui in disguise: why is that so different from the ui in juice, which is entirely distinct from the ui in build?

Some of these differences can be attributed by the influences of different languages with different pronunciation rules. Some of the less obvious ones, like K and G, or E and I above, are simply due to the necessities of speaking comfortably. It’s not possible to pronounce the letter G after an S the same way we pronounce it at the beginning of a word, so we shave a little bit off it to make it fit without ever being conscious of doing it. It’s only when we notice a non-native speaker not doing these things that we might realise that we do them. Someone might pronounce a plural S with the regular S sound instead of a Z (e.g. in cats and dogs), or they might noticeably pause after the S in disguise to fully pronounce the G.

These little shifts in pronunciation are like the mortar that hold the distinct parts of speech together, and we only miss them when they’re not there, and notice all the separate little parts of what we say.

11 thoughts on “Robots in the Skies”