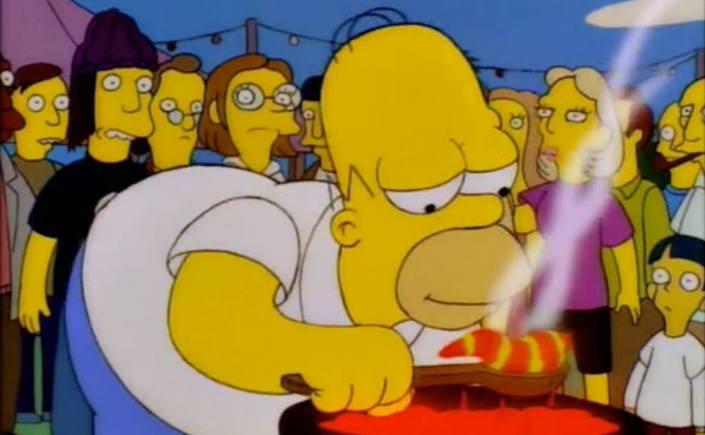 Once more, I’d like to offer you a pepperoni pizza, now that you’re safe in the knowledge of what it actually is. I won’t play any tricks this time. Now, would you like that pizza to be hot and spicy? You would? OK, first, let me add some chilli oil. Then… wait, that’s it? But you said you wanted it to be hot and spicy, and I’ve only added the chilli oil. Don’t you also want some… No? OK, but with only the chilli oil, it’s not hot and spicy. Why? Let me explain again…

Hot and spicy tend to be used interchangeably when referring to food, often to describe something that creates a burning sensation, usually thanks to the presence of chilli. But, to use the terms correctly, we should really only refer to food like this as hot. Which is pretty appropriate, as when we eat food with lots of capsaicin (like chilli), our body deals with it the same way it does when we’re hot and need to cool down.

Spicy is a more general term and simply means flavoured with a lot of spices. These spices could include anything including cumin, oregano, ginger, cinnamon, cloves or whatever else suits the dish.

Of course something can be both hot and spicy. A good curry, for example, will have a lot of chilli, but also be flavoured with lots of spices.

If these two terms are quite distinct then, why do we mix them up? I think it’s partly to do with the fact that a lot of dishes native to English-speaking countries, compared to the cuisine of other countries, are a lot less hot and spicy, so we weren’t used to using the terms properly before international cuisine became much more common. And then, as we began to eat more food that was both hot and spicy simultaneously, we didn’t really distinguish between the two sensations. And both share a sense of strength, so they’re not completely different. You can also see that with the way we also often mix up bitter and sour (easy way to remember the differences: lemons are sour, grapefruits are bitter).

I think it’s also because when referring to food, hot can be obviously confusing. Tell someone that your dish is too hot, and they might tell you to wait a few minutes for it too cool down, when you mean that there’s too much chilli in it. Because we often need to clarify which sense of hot we mean, being able to say No, not hot in that sense, too spicy! is convenient, even if it’s not strictly correct.

Knowing the difference between hot and spicy is probably never going to be a matter of life and death, but at least now you can order your ideal pepperoni pizza, and that’s always a useful life skill.

8 thoughts on “Hot and Spicy”