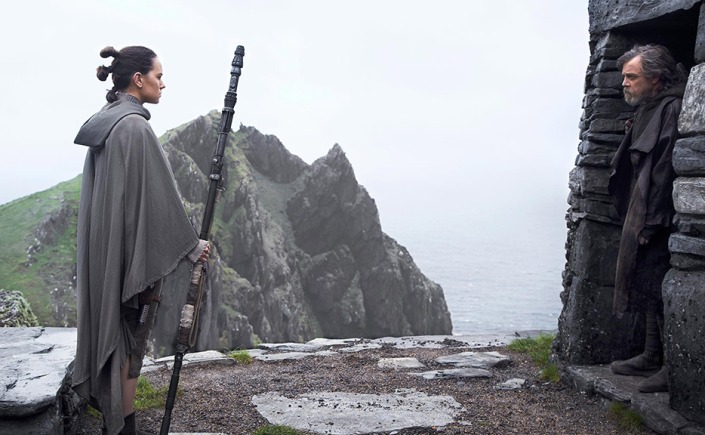 You might have noticed that December will see the release of the latest Star Wars film, The Last Jedi. When the title was first announced, people immediately picked up on an ambiguity: is Jedi singular or plural?

In English you see, the plural of Jedi is still Jedi. The title was probably deliberately ambiguous, as those knowledgeable about Star Wars know, depending on what happens in the film, the title could make sense as either singular or plural. It led to quite animated discussions and hunts for clues, as is the nature of the internet.

Until we found out the answer, though not perhaps in the way anyone expected. You see, most film titles are naturally translated into other languages. Sometimes if an English title becomes iconic enough, it isn’t translated. Star Wars in French, for example, is still Star Wars (though the second A is pronounced the same as the first, which does sound weird). The subtitles of the individual films though, are translated, and The Last Jedi has been directly translated as Les Derniers Jedi.

It’s still Jedi, but you’ve probably noticed the way this translation reveals that Jedi is in fact plural. In English, you can use the definite article the before singular or plural nouns. In other languages though, using articles isn’t so simple.

I’ve already mentioned the fact that in gendered languages you usually have to use different articles before male or female nouns (e.g. le or la in French). In many languages you also have to use appropriate articles and adjective forms before plural nouns.

You can see this in the French title, as les is used only before plural nouns, and an S is generally added to the end of an adjective before a plural noun. So if the title referred to a single Jedi, it would be Le Dernier Jedi or La Dernière Jedi (interestingly a singular title would also let us know if the Jedi is male or female: though in French they’d probably add an E to denote a female Jedie).

This isn’t just the case with the French title by the way. In Italian for example, it’s Gli Ultimi Jedi, rather than L’ultima/o Jedi, and in Spanish it’s Los Últimos Jedi, and not El Último Jedi.

So it seems like when the international posters were released, the mystery was cleared up. Except that two months later, the film’s director Rian Johnson stated that in his mind, the word is singular. Which still leaves it up to you to decide if it’s singular or plural, but isn’t going to satisfy the people looking for a definitive answer.

So yes, translation is a tricky business. I’m sure when Johnson first chose the film’s title, he appreciated its ambiguity. I wonder though, if at the time, anyone considered that it might be difficult translating the title later on. It’s hard to know. On one hand, a big corporation like Disney is going to be organised and prepared, and conscious of the importance of foreign markets. But on the other hand, English speakers aren’t necessarily going to consider translation problems in the future, especially if they’re based on aspects of other languages that aren’t features of English (e.g. plural articles), especially when direct translation is generally straightforward in most other cases.

Personally I suspect that no-one realised there might be problems until translators were given the task of writing the text for the international posters. Discovering that many other languages don’t allow for the ambiguity of the English title, the official decision was probably made to choose the plural form simply because it had to be one or the other.

I think that when you go to see the film, you’ll be able to decide for yourself who the last Jedi is/are. It could even be one of those little space penguins. Or Chewbacca. I really hope it’s Chewbacca.