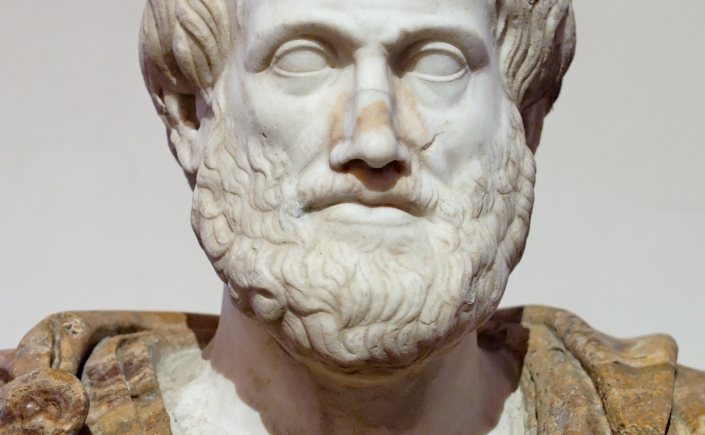 Writing about the etymology of the word clock yesterday reminded me of when I wrote about the word to decimate recently, and how people are fond of citing its original meaning as being to reduce by 10%, even though that’s not true.

As I said before, I can understand people having this misconception, and I can understand the instinct to correct people. There have always been people who’ve acted this way about language, but recently I’ve noticed more and more people taking such a prescriptive approach to English.

What do I mean by a prescriptive approach? This simply means an approach in which rules are expected to be strictly followed, and non-standard forms are not accepted. In grammar terms, this might manifest itself in someone stating that saying I seen her is 100% wrong. We can also identify a prescriptive approach to the meanings of words, such as insisting that to decimate means to reduce by 10%.

Of course when writing about that word, I pointed out that it has never been a Latin word, and therefore couldn’t have been used by Ancient Romans. But you might accuse me of being pedantic there, by distinguishing between the modern word and its ancient ancestor.

But what about the phrase to beg the question then? We usually mean it now to mean that something raises a question, particularly an obvious one:

All this talk of the cost of the project begs the question: who’s going to pay for it?

The original meaning of the expression was somewhat different though. It originally meant to come to a conclusion based on a premise that already assumes the conclusion is true. For example:

I believe in aliens because I once saw a UFO that could only have been an alien spacecraft.

This is a fallacy because the belief in the existence of aliens is based on the assumption that they’re real. And you’re probably now thinking: when am I ever going to use the expression with that meaning? And that’s kind of my point. I’ve noticed a lot of people online pointing out recently that we’ve been using the phrase wrong, and that this old meaning is the correct one. This is a classic example of the prescriptive approach. Stating that the original meaning is absolutely correct simply by virtue of the fact that it’s the oldest, regardless of how many people know about this meaning and use it.

There are a few reasons I think it’s ridiculous to insist on only using the old meaning. The first is the most important one: nobody uses it that way. Through usage, the most common meaning has to come to be completely dominant, and this is largely how language evolves. Second is the fact that the modern meaning feels more logical: it’s as though what someone said is begging us to ask a question. And in fact, the phrase is actually a mistranslation of the Latin petitio principii, meaning assuming the initial point, which is why it doesn’t seem to match the original meaning. And finally, unless you’re a philosopher, you’re going to find many more opportunities to use it in its modern meaning than its original one.

At least in this case one is more factually accurate in insisting on this usage compared to decimate, because at least it was used in English in that way at some point. But what’s the point in ignoring the fact that it works quite well in its modern meaning, and no-one would gain anything if we stopped people from using it in that way, and insisted on a very specific outdated meaning instead. Not that you can even stop people from using language how they want anyway. Posting online about how to use language correctly is just shouting into the wind.

This isn’t necessarily a problem solely associated with the English language, but I think taking a prescriptive approach to English is particularly unhelpful. Now French, for example: that’s a much more prescriptive language. There doesn’t tend to be much debate about what words mean. I’ve mentioned before how French is a gendered language, thus requiring you to use the appropriately-gendered article before a noun. Anyone who’s tried to speak with a native French speaker may have had the experience of the other person frantically correcting them for using the wrong article.

It’s an odd experience for an English speaker, as we’d never dream of correcting someone over an apparently minor mistake. I know the first time it happened to me it was a bit annoying. I had my language-teacher hat on, and thought, Does it matter if I said le voiture instead of la? You know what I meant, that’s the most important thing! Don’t discourage me!

But I soon realised that such corrections were made with the best intentions. French speakers are just so used to automatically using the correctly-gendered words that it can be quite jarring for them to hear it done incorrectly. Which is why they can be so quick to correct people, to save you the embarrassment they imagine you might face if you made the same mistake in front of another person.

Sometimes using the wrong article will leave the person you’re talking to blank-faced, as it takes them a moment to figure out what you’ve just said. This can even happen if you pronounce one syllable slightly differently from the standard form. Imagine, for example, if someone said hallo instead of hello and you couldn’t figure out what they were saying straight away.

Again, that’s hard for us to imagine as English speakers, but the equivalent isn’t unimaginable for French speakers. This is partly because there aren’t as many varieties of French compared to English. Sure, it’s spoken in France, Wallonia, Quebec, and former French and Belgian colonies and current territories. But I can say with relative confidence that the differences between French and Belgian French aren’t many. And even though the French spoken in other parts of the world is going to be strongly influenced by other languages, French French tends to be the dominant form worldwide. In contrast though, you can easily hear many varieties of English.

Another reason for the relative uniformity and prescriptiveness of French is the Académie française. This organisation is the official authority on the French language in France. They regularly publish dictionaries and make pronouncements about correct usage of French. The académie has long been accused of conservatism, such as when they’ve recommended the avoidance of Anglicisms.

Having such an organisation therefore understandably leads to more uniformity in French. English though, has (mercifully) no such official authority. And if one did exist, they’d have an impossible task. English is an official language in 54 sovereign states and 27 non-sovereign entities, and is spoken by more non-native speakers than native speakers. Throughout history therefore, English has always mingled with other languages, borrowing words and giving others in return. How are you supposed to try to maintain control over all that?

And most importantly, being prescriptive ignores how English words evolve, through interaction with other languages, or just on their own. Should we insist that a cloak only be bell-shaped? Should be demand that all instances of the word flammable be replaced with inflammable, because that existed first?

Of course not. But I imagine a lot of people who like insist on “correct” usage of words and phrases are unaware of just how many common words have changed their meaning over time, and how impractical it would be to insist on such a prescriptive approach.

But I understand people like this. I understand the desire to show off apparently superior knowledge. I can understand how appealing the idea is that we’ve all been doing something wrong all this time, and we’re the only ones who can set everyone straight!

The internet doesn’t help either. It doesn’t really lend itself to nuance at the best of times. Anyone can go to a website and find the original meaning of a word or expression, and state that this is the only meaning. Add to this our desire to win arguments online, and we’re more likely to tell someone that this is the meaning of this word, and I’m right, and why acknowledge how people actually use the word, when I checked the meaning of the Latin term it comes from on Wikipedia!?

And clickbait articles like Here are Ten Words you’ve been Using Wrong! of course play on our insecurities. We worry that we’ve been embarrassing ourselves all this time, so eagerly click through to see what we’ve been getting wrong, only to realise that we’ve never even used the phrase begging the question anyway!

Basically, if someone ever tells you you’ve been using a word or phrase wrong, take it with a pinch of salt, and think about whether everyone else uses it the same way. And don’t trust anyone on the internet who tells you about how to use language correctly.

21 thoughts on “Begging the Question”