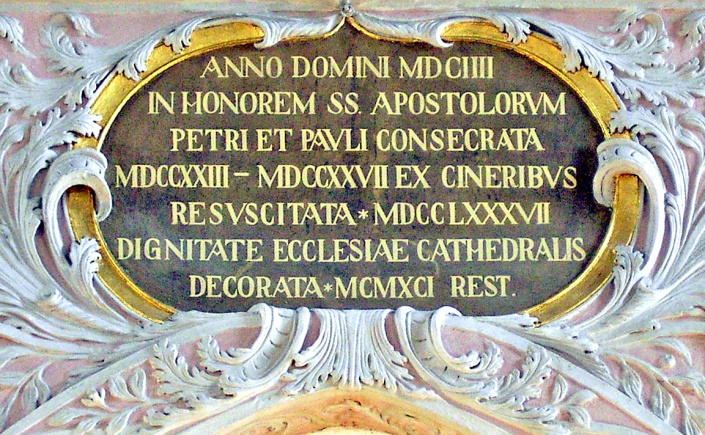 You’re probably familiar with these abbreviations, used to indicate if a year took place either on or after AD 1, or before it. You probably also know that BC stands for Before Christ, as our current calendar system is based on the assumption that Jesus Christ was born in AD 1. What about AD though?

BC however, took longer to enter usage. No-one really even seems to have considered counting the years before AD 1 until the monk and scholar Bede the Venerable introduced the idea in the 8th century, using the phrase anno igitur ante incarnationem Dominicam (so in the year before the Incarnation of our Lord). Funnily enough, it didn’t prove popular, but from the 9th century onwards, more people began to use different phrases to refer to the time before AD 1. This idea became more popular when Holy Roman Emperor Charlemagne adopted the system, and by the 15th century it was widespread throughout Western Europe.

This difference in time between the adoption of AD and BC can be partly explained by the fact that there was no number zero in Europe until the Middle Ages, though it was developed in Asia in the 7th century. If you don’t conceive of a number below 1, why count the years before AD 1? This time gap also explains why AD is based on Latin, which was in more common use when the term was created. BC on the other hand is in English as the phrase came into common use when earlier forms of English were more widespread and used across a variety of social classes.

You might have noticed by the way, that I put AD before the year, and BC after. The reason for this is purely grammatical. Anno Domini 2017 literally means in the the year of our Lord 2017, so in terms of basic syntax it only makes sense to put AD before the number. As BC is short for Before Christ, it makes sense to put it before the number: the year 70 BC, for example, means 70 years before Christ.

Of course nowadays you don’t need to use AD, though BC is obviously quite useful.