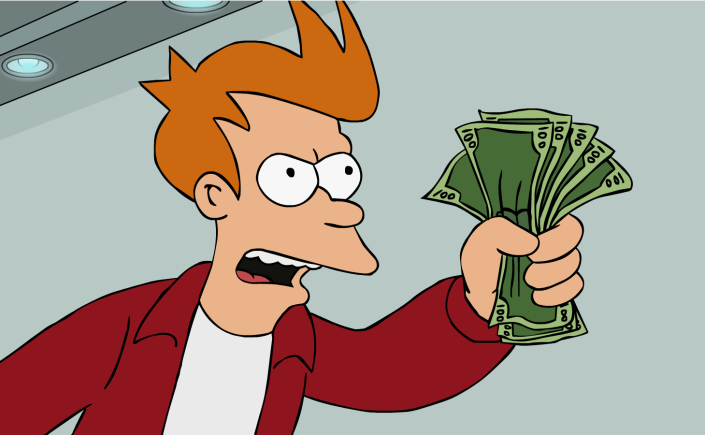 You’ve probably heard this term a lot recently, referring to digital currencies such as Bitcoin. What does that prefix crypto- mean though?

You might be able to think of other similar words: cryptic, cryptography, encrypted etc. What do they all have in common?

The idea of secrecy, or being hidden, coming from the Greek kryptos (hidden). A cryptic crossword’s clues, for example, have their meaning hidden by obscure riddles. Encrypted information is hidden and can only be unlocked in a certain way. This is where we get the term cryptocurrency, by the way: its transactions are protected by encryption.

Despite how often the term’s used though, that’s not what got me thinking about the prefix. Rather it was a description of the downright awful French failed-presidential-candidate Marine Le Pen as a crypto-fascist. If you don’t know her, she’s extremely right wing, particularly in areas such as immigration and counter-terrorism, and I don’t think crypto-fascist is an unfair label for her. Of course she’s not going to proclaim herself openly to be a fascist, but I’m pretty sure that if you scratch just a little under the surface (I don’t recommend getting that close to her), hidden under her awkward exterior you’ll see her true colours.

There’s also another word closely related to these others that you may have thought of: crypt. A vault beneath a building, usually contain coffins, which of course are hidden underground.

And while all this talk of secrecy and coffins is fascinating, the currency part of cryptocurrency is quite interesting too. I’ve written before about how words like current and course are derived from the Latin currere, meaning to run, and the same is clearly true of currency. It originated in the 1650s, referring to the condition of flowing, and in 1699, the philosopher John Locke extended this idea of flowing to money, hence currency!

It’d be interesting to go back in time and ask him what he thought cryptocurrency might mean. He’d probably think it referred to the money hidden in his mattress.

One thought on “Cryptocurrency”