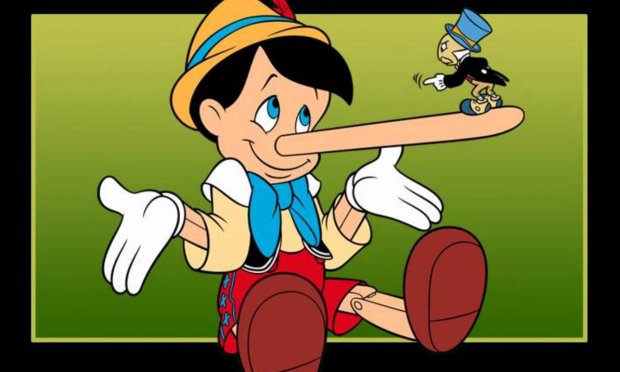 Lying is bad. Except when you’re tired, and need to go to bed, in which case, it’s good.

Of course, both verbs are identical, but with very different meanings. As is often true in such cases, the resemblance is coincidental, as the two verbs are derived from similar, but distinct Old English verbs.

And, the meanings are so different, that it’s unlikely that one might be confused about which one was being used in a particular case. Still, it’d be nice to have some way to tell the difference between the two, wouldn’t it?

I lied to you yesterday. (past simple)

I’ve never lied to you. (past participle)

If we’re talking about getting horizontal, that lie is irregular, which means its past simple and past participle forms don’t follow the regular -(e)d pattern. For example:

Actually, no, I won’t give you an example. Not yet. I’m curious to see what you think the two forms of the verb are. So let’s have a little test. Fill the following gaps:

What do you think? Not so obvious, maybe? Before you answer, let me confuse things further. Complete this little test:

Ah ha! The old lie/lay conundrum! They’re confusing enough on their own, but trying to figure out the past simple and past participle forms of both is very difficult. Here are the answers:

To sum up, these three verbs are conjugated thus:

Of course, these three are confusing because they’re so similar, even in their different forms. The past simple form of to lie is lay, which is identical to the base form of to lay? Sure, why not! And if you said I laid down yesterday when I was tired, it wouldn’t sound so odd, would it? Or, I lied down. Sounds kind of OK, doesn’t it?

No wonder it’s hard to know exactly what word is the right one to use.  Just when you think you know your native language you realise that there are some basic things that you’re at least not so sure about. Still, at least you’re not alone in that. I even have to think about if I need to use laid or lain, sometimes.