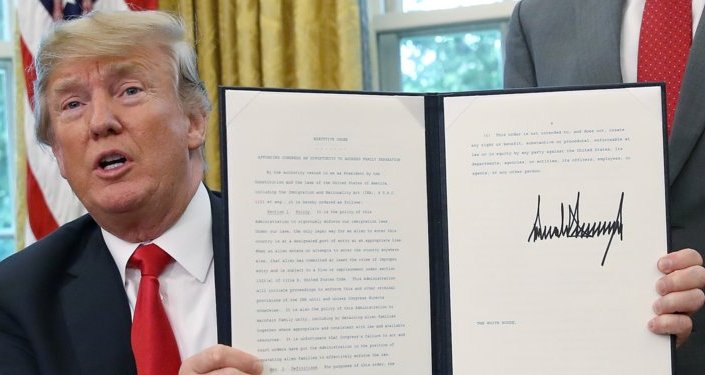 This is a term you might have heard in the news recently, particularly in relation to, sigh… yes, Donald Trump.

Gaslighting is defined as a form of psychological manipulation in which an abuser causes an individual to doubt some knowledge, or even their own sanity, through a series of subtle manipulations or contradictions of fact.

Just googling the term alongside Trump reveals many accusations of the American president indulging in this behaviour. Even during the campaign, many commentators noted that Trump’s tendency to make a pronouncement, and then later flatly deny it or contradict it, is a classic example of gaslighting behaviour.

Recently, he repeatedly blamed the Democratic party for his administration’s own policy of separating immigrant children from parents, and claimed that he didn’t want this to happen: classic gaslighting (was anyone forcing him to separate them?) And he’s still gaslighting us all by announcing an executive order seeking to end the practice (even though he’d denied it was his administration’s policy). It’s classic abusive behaviour, creating the problem, and then sweeping in to “solve” it, keeping us destabilised, all while abusing children to do so.

Anyway, why do we call this practice gaslighting? It comes from the popular 1938 play by Patrick Hamilton, Gas Light. It features an abusive husband, Jack, who seeks to make his wife, Bella, doubt her sanity by making subtle, constant little alterations around their apartment. The title comes from the fact that Bella notices the gas lights dimming in the apartment whenever Jack goes to the apartment upstairs to search for their neighbour’s hidden jewels, lighting the gas lamps there, and causing the others in the building to dim.

I’d suggest that Trump was inspired by the play, or one of its film adaptations, but I don’t think he has the attention span to sit through them.

One thought on “Gaslighting”