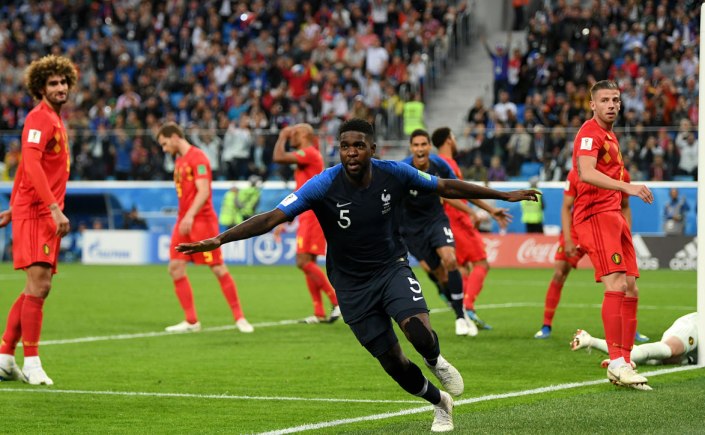 Yesterday on Facebook, I wrote briefly about the French phrase tenir la chandelle (literally to hold the candle), which means to play gooseberry. This got me thinking a little about the French verb tenir, which then led me to think about how it relates to the French word maintenant.

And yes, this is all about French, but in honour of France qualifying for the World Cup Final tonight*, I thought it was time for a little change of pace, and some French-Language Thoughts!™

Thinking about maintenant, I thought that surely it’s made up of the two words main (hand) and tenant (holding/taking). The word comes from the sense of holding something in your hand, and it therefore being present now: like the proverb a bird in the hand is worth two in the bush.

But let’s not just talk about French, lovely as it is, because we can see the influence of tenir and maintenant in English. The word tenant originally specifically referred to someone who holds a piece of land or property (and remember when we looked at how a lieutenant was a placeholder?) A tenacious person is someone who holds fast to something, figuratively.

It’s interesting how English uses the same two roots as French, but uses the meaning of the two parts to create a word with a very different meaning.

*and yes, I would’ve written the exact same post if Belgium had won tonight!