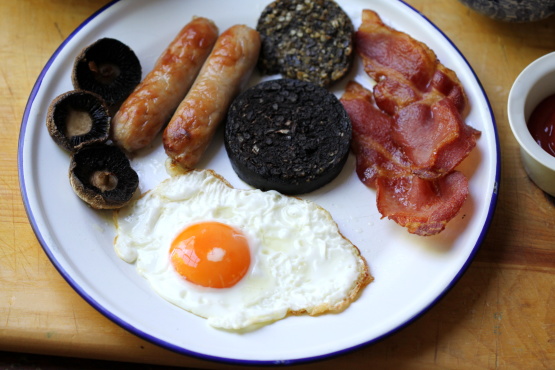 I’m having breakfast as I write this. There’s nothing terribly unusual about that: it is the morning after all. But do you know what that word breakfast means?

Its origins are in Middle English, but if you take a moment to look at it, you might figure it out. It’s made up of two words, if that helps.

Yes, it’s a combination of break and fast. To have breakfast means to break your night-time fast (though I don’t know if you can really call it a fast if the reason you’re not eating is that you’re asleep). People would say that they were breaking their fast in the morning, until this became simplified to the meal simply being known as breakfast.

Another interesting question this raises is if there’s any link between fast in this sense (as a noun or verb), and the more common uses of fast (as an adjective or adverb, e.g. a fast car). And the answer is: Yes there is!

Both come from the Old English fæst, meaning firmly fixed, steadfast, constant, secure, strong, or fortified. It’s easy enough to see how fast as abstinence from food came about from these meanings. You need to be strong and firm, and hold steady, to resist temptation. We can still see this meaning in phrases like to hold fast or words like steadfast.

How fast came to mean quick or quickly is a little less obvious. It probably comes from the Old Norse fast, meaning firmly, strongly, or vigorously. When this was applied as an adverb to the act of running (if you’re running vigorously or firmly, you’re probably running pretty quickly), it then came to generally mean quickly, and over time came to be used an adjective as well as an adverb.

Finally, on an unrelated note, I’d like to thank IngridMadisonAve for nominating me for the Sunshine Blogger Award. I’m greatly honoured, but as I’ve been nominated before I won’t go through the process again. I’ll just recommend you visit her blog for everything you might want to know about love, beauty, fashion, travel, and so much more. Get over there, fast!