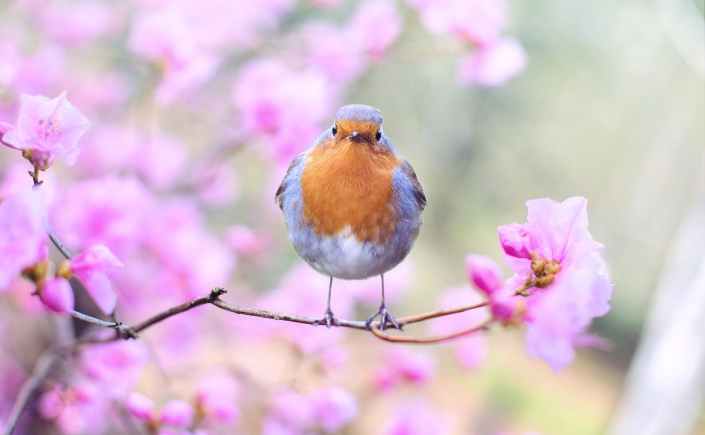 Speaking, as I was yesterday, of remakes and adapatations, I see there’s another Robin Hood film out at the moment.

Robin is a curious name, as it’s one of the few common English-language first names related to a bird. Which makes me suspect that it came about as a name for a person before the bird was named.

And that’s the case. Robin is a diminutive form of Robert, and has been around since at least the 16th century. The bird we now know as a robin (redbreast) had been known as the less charming ruddock, probably from the Latin ruber (red: it’s Latin name is Moticalla Rubecula). I suspect that as more people had houses with gardens, and cute little ruddocks started to hang around, they grew attached to them, and anthropomorphised them, giving them the name Robin.

Well, yes actually: it’s that simple! Though there are some theories that hood was actually a local dialect form of wood, as he lived in the woods. Well, the forest. Interestingly, his French name, Robin Des Bois (Robin of the Woods, or Robin Woods), seems to support this theory, though this may have simply been due to a mistranslation which stuck.

I think Robin Hood works well in English, whether it refers to his hood or the woods. It sounds more like a radical outlaw than Robin Woods, which sounds like a building-society branch manager.

One thought on “Robin Hood”